Off to Brazil
This month I’ll be addressing the International Conference on Business and Social Responsibility in Sao Paulo, Brazil. I invite all my Brazilian subscribers to consider attending this annual event, hosted by the Instituto Ethos, June 19-21. A am also meeting with members of the Willis Harman House before I leave, speaking on consciousness and business.

Bay Area Talk for Pachamama
Those of you in the San Francisco Bay Area, I invite you to consider joining me for dinner at the Pena Pachamama restaurant in North Beach for the monthly dinner meeting for the Pachamama Alliance on June 13th; the food is terrific and I’ll be leading a dialogue on “The New Great Dream.” It is a relatively small restaurant so I suggest reserving early if you can make it. Here are the details.

Tenth Anniversary
I just realized that last month marked the tenth anniversary of the interview of me which Industry Week magazine published in May 1996, written by their former Editor-in-Chief Perry Pascarella, entitled “Design a Better Future” it is still on my website for anyone who wishes to read it, ten years later.

Did You Know?
A surprise for many: the only business book ever to spend more than 19 weeks on the New York Times bestseller list, sell more than a million copies and be nominated for the prestigious National Book Award is The 9/11 Commission Report – a careful analysis of flawed organizations and the devastating effects of groupthink and organizational dysfunction (Fast Company 2.05)
***************
2. JUNE EDITORIAL

During a small gathering of colleagues a few months ago, I listened to two of the three co-authors of a forthcoming book called Success Built to Last (by Jerry Porras, Stewart Emery and Mark Thompson). Discussion focused on the distinctions between people who built successful companies and those who didn’t. The authors interviewed dozens of successful organization leaders to determine what made them successful. Emery stated those who sustained success dealt with their past failures very differently than those who might be prone to “use their weaknesses as a reason not to trust themselves.” Those who could sustain success “were able to turn their wounds into wisdom.” Thompson told us these successful people used their “quality failures” to point the way, make corrective adjustments and improve their ability to succeed. I found the idea that a failure could have any “quality” to be quite perplexing at first. 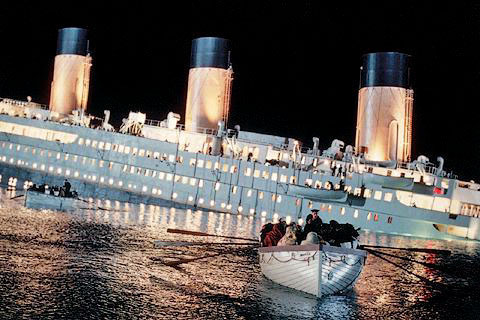 Successful people don’t necessarily have a better education, more money to start with or come from more socially prominent families. They learn from and integrate their failures into their strategies. The bigger the failure the bigger the lesson and the more wisdom they glean.

I came away from the gathering with the phrase “magnificent failures” resounding in my mind. I have had my share of business failures and have been one of the apparent majority who held failures more as albatrosses than wisdom-builders. I held them more like battle scars than building blocks for the “humble chutzpah” these successful leaders demonstrated. So these findings were intriguing to me.

While I was still pondering the idea of magnificent failures, my friend Michael Ray introduced me to the phrase “marvelous error” contained in a poem, “Last Night, as I Was Sleeping,” by Spanish poet Antonio Machado (see this link for the poem). Michael understands the original Spanish expression to be “bendita ilusion” which translates to benediction or “blessed events.” Machado’s poem suggests the human mind doesn’t always recognize the blessing, the grace in things that may be beyond our understanding. Some “errors” may be so awe inspiring we can’t believe they’re true while others may seem to us to be undeserved disasters. One of the stanzas from the poem is:

One last night, as I was sleeping,
I dreamt–marvelous error!–
that I had a beehive
here inside my heart.
And the golden bees
were making white combs
and sweet honey
from my old failures

Making “sweet honey” from my old failures. What an idea! History is filled with examples of people who thought positively of their failures. Nobel Laureate Niels Bohr, widely considered the father of atomic physics, attributed his incredible success to having failures faster than others. Inventor Thomas Edison is known to have said, “Results? Why, man, I have gotten lots of results! If I find 10,000 ways something won’t work, I haven’t failed. I am not discouraged, because every wrong attempt discarded is often a step forward.”

Aren’t “failures” and “errors” part of life? Life is full of events where some go the way we think they should and we call them good or success or right. Others don’t go the way we think they should so we label them “bad” or “wrong” or “mistakes.” But all significance is merely our opinion, our thinking, our judgment, our evaluation. Is there an innate wrongness or failure in what we label? And what blessings do we miss by judging them as errors or unwanted failures?

What if everything we think doesn’t matter? What if all that horrid stuff we complain about, condemn, demonize, retaliate against, despise and avoid is part of the flow of life, adding value through some avenue we don’t fully appreciate? Was the Titanic a “marvelous error”? What about those failures closer to home, like the bankruptcy of the family business, the home foreclosure?

Do we know as much as we think we do? Are we as smart as we’d like to think? Does all our opinion about what is supposed to happen and what isn’t make any difference? Or worse yet, do our opinions and expectations actually prevent us from learning and growing?

Some say chaos is order we don’t yet understand. Perhaps this is the case with mistakes and errors. As I look at all my precious opinions, I shudder at the thought that they may make no difference whatsoever. Or, to be more accurate, my ego shudders.

********************
4. QUOTE OF THE MONTH:
“Man must cease attributing his problems to his environment, and learn again to exercise his will – his personal responsibility.” – Albert Einstein