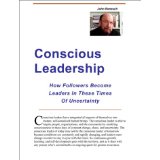 Conscious Leadership – How Followers Become Leaders In These Times Of Uncertainty.

A five-page edoc published in 2002 by BrownHerron on Amazon.com that described the distinctions between conventional leadership styles and what the author calls conscious leadership – leading consciously. 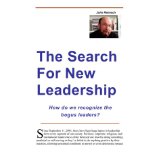 The Search For New Leadership – How Do We Recognize The Bogus Leaders?

An eight-page edoc published in 2002 by BrownHerron on Amazon.com that describes how much longing there is for authentic leadership while “bogus leaders” continue to populate our organizations. 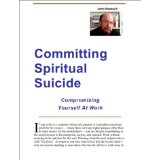 A three-page edoc published in 2002 by BrownHerron on Amazon.com that describes the terrible price people pay to subordinate their aspirations to be powerful, creative and courageous as leaders thus selling themselves out. 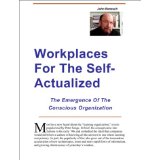 Workplaces For The Self-Actualized – The Emergence Of The Conscious Organization

A five-page edoc published in 2002 by BrownHerron on Amazon.com that proposes a new model for organizational cultures – one that attracts the more conscious people who prefer to work with other mindful people in a more conscious environment.

The Great Growing Up: Being Responsible for Humanity’s Future (2011) by John Renesch. Describes a vision for a world that works for all, aka the “New Great Dream”, describes how we add legitimacy to the status quo and how we can transform our relationships with each other and our environment. This book was awarded the 2013 Grand Prize Winner for Non-Fiction by Indie Books.

Steven’s Choice (2009), by John Renesch. John’s first novel – the story of a successful businessman who has a life-changing experience that leads to a personal transformation and, subsequently, to the organizational transformation of his company. In the tradition of “The Firm,” “The Verdict” and “Wall Street.”

Getting to the Better Future (2000 with revised edition 2005): John Renesch puts forth a vision for a historic transformation for all humankind. It pictures a global future full of possibilities – a much “better future” than the one that appears most likely if we rely upon probabilities and forecasts based on existing trends. Not only that, but the author points directly to the business community as the segment of our society that can best lead the rest of the world in such an incredible transition for all humanity.

Leadership in a New Era: Visionary Approaches to the Biggest Crisis of Our Time (1993) ed. John Renesch, New Leaders Press : Focused on a breed of leader with a new consciousness, this book includes the writings of such visionary authors as James Autry (Love & Profit), Max DePree Leadership is an Art), Margaret Wheatley (Leadership and the New Science) and international leadership guru Warren Bennis. TV producer Norman Lear is interviewed in this book as well.

This book is now available in paperback from Paraview Press (2002)

New Traditions in Business: Spirit and Leadership in the 21st Century (1992) ed. John Renesch, Berrett-Koehler Publishing: Contains 15 essays by several authors who went on to write their own books after this anthology was first published, including Peter Senge (The Fifth Discipline), Herman Maynard (The Fourth Wave), and Robert Rosen (The Healthy Company). The late futurist Willis Harman, One Minute Manager Ken Blanchard, and Stanford Business School’s Michael Ray are some of the other contributors to this – the first and most general title created by John.

Rediscovering the Soul of Business: A Renaissance of Values (1996) eds. Bill DeFoore & John Renesch, New Leaders Press: Best-selling authors Thomas Moore (Care of the Soul), Gary Zukav (The Seat of the Soul), Charles Handy (The Age of Unreason) and Matthew Fox (The Reinvention of Work) combine their writing talents with 21 other contributors for this collection on the spiritual renaissance in business.

Community Building: Renewing Spirit and Learning in Business
(1994) ed. Kazimierz Gozdz, with Foreword by M. Scott Peck, MD, New Leaders Press: With an Introduction by M. Scott Peck (The Road Less Traveled), this anthology contains 34 chapters written by such luminaries in the field of community-building as Common Cause founder John Gardner, Stanford’s Michael Ray, Communitarian Amitai Etzioni, and MIT’s Peter Senge. It is a rich blend of disciplines and perspectives in the field.

When the Canary Stops Singing: Women’s Perspectives on Transforming Business (1993) ed. Pat Barrentine, with Foreword by John Naisbitt and Patricia Aburdene, authors of Megatrends books, Berrett-Koehler Publishing: All 15 contributors to this collection are women, including Riane Eisler (The Chalice and the Blade). Not about women’s issues but having a woman’s perspective on business, this book’s Introduction was written by Megatrends co-authors John Naisbitt and Patricia Aburdene.

Working Together: Producing Synergy by Honoring Diversity (1998) ed. Angeles Arrien, Berrett-Koehler Publishers: Contains 18 essays written by a diverse group of contributing authors including former USSR president Mikhail Gorbachev, Riane Eisler (author, The Chalice and the Blade), leadership expert John O’Neil, and television genius Norman Lear. This book stresses the advantage of diversity rather than the obligation of it. As one of the authors said, “this is a book for CEOs to read, not their attorneys.”

Endorsements for Getting to the Better Future 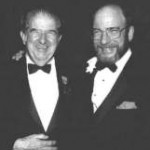