In September’s editorial I identified seven common attitudes that are killing us – contributing to the decline of our civilization, the divisiveness of our society, and the deterioration of our global environment. I ended by asking for any additional attitudes readers might suggest, recognizing my list of seven was not intended to be comprehensive.

Carl Ingram, a longtime subscriber and colleague from many years ago, offered the following:

I would suggest an attitude that subsumes all seven; that of individualism. American culture has taught us individual needs and wants are our basic right…… I moved to Canada 11 years ago to live in a culture that has a more collective view of itself. However, there is a saying here, “What happens in the USA will soon happen in Canada.”

I find great sustenance in the worldview of Indigenous cultures. One belief I struggle with as a Westerner is that we are all connected and part of larger whole. When I can open my heart I can settle into nurturing worldview and feel supported and loved. Then I am able to respect all living beings including the tree people and the rock people. This is why North American Indigenous peoples say the prayer, “All my relations.” 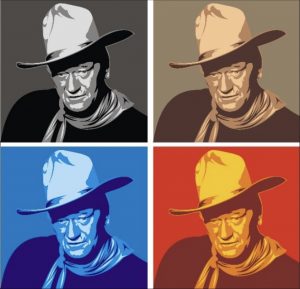 By “American,” I believe Carl means the USA since this country is the primary exporter of the “rugged individualism” culture that is frequently attributed to our cowboy roots. No one is more identified with this way of thinking than actor John Wayne, through both his movie roles and his personal philosophy.

From my perspective, this U.S. brand of individualism is so extreme it stands in opposition to many global cultures such as the indigenous ones that are more “collective” as Carl refers to them.

Holding on to the belief that one’s basic right is to pursue personal wants over and above the collective well-being contributes to the selfish attitude held presently by those who refuse to get vaccinated against COVID-19. One might call this attitude one of taking. Hence, some successful U.S. citizens refer to “giving back” when they start or support social programs that serve their community.

As I was in the process of drafting this Carl added the thought that the malignant form of individualism is selfishness or narcissism.

Subscriber, Paul Hoyt, suggested another killer attitude: that of thinking “People will never change; there’s no use trying to get them to listen to reason.”

Paul seems to be suggesting is that people who harbor this attitude may have answers or solutions to major social problems but they refrain from offering their solutions because they don’t think people who can do something about the problems will take them seriously. This attitude may include a strong vein of skepticism – a doubting that anyone will listen to their ideas. Instead of owning their reluctance to make a contribution they project the blame onto those people who “will never change.” A much better alternative is to speak up anyway, because you never know how your insights will land or how they will contribute to someone’s learning.

To summarize: Killer Attitude #8: U.S.A. culture has taught us that individual needs and wants are our basic right.

Killer Attitude #9: People will never change; there’s no use trying to get them to listen to reason.

Note: Special thanks to Carl Ingram and Paul Hoyt for their contributions.