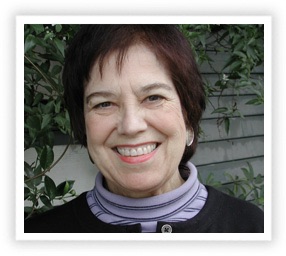 Angeles Arrien (1940-2014) was a beloved colleague whose influence lives on in me to this day. “Angie,” as most of her friends called her, was a Basque-American cultural anthropologist, educator, author, lecturer, and consultant, best known for her book The Four-Fold Way: Walking the Paths of the Warrior, Healer, Teacher and Visionary. In my view she was also a shaman.

While Angie authored many books, her Four Fold Way was also a course she taught and contained one of her most powerful teachings. Here is a very brief summary of the Four Ways:

Show up, and choose to be present (The Way of the Warrior)

Be open to outcome, not attached to outcome (The Way of the Teacher)

The fourth of these ways was my favorite. It was particularly liberating (as long as I remembered it) since I had a tendency to be attached to my desired outcomes. I occasionally still do.

One of the advantages of living in the San Francisco Bay Area and being interested in self-development and personal growth was the close proximity of so many incredible teachers. Angie and I first met in the 1980s, having shared a podium or two as speakers at various events and conferences. Our relationship deepened after we had lunch in Sausalito in the early-1990s while I was Editor-in-Chief of New Leaders Press, which specialized in anthologies or hardcover collections of essays focused on specific aspects of what we referred to as “the new paradigm for business.” 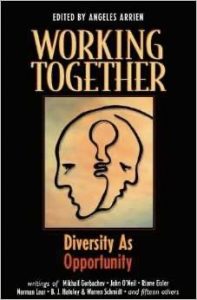 During lunch, Angie asked that we collaborate on a book about diversity. My response was that we would do so provided she served as the compiler. She agreed and we were off. The result was Working Together: Diversity as Opportunity which featured writings by Norman Lear, Mikhail Gorbachev, Riane Eisler and a dozen others including, of course, Angie herself.

Today, given my age, I’m losing cherished friends and colleagues every year. While they are no longer physically in my life they live on in my heart where I continue to cherish them. Angie will always have a place in my heart.