As of yet, I haven’t written anything on the two crises the world is currently dealing with right now – racism and the COVID-19 pandemic; but I awoke the other day with the urge to speak to a principle underlying both of them. 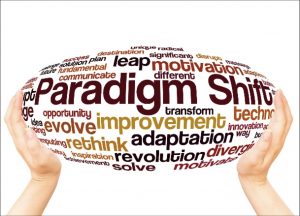 I see the matter as a conflict between individual liberty and the public good. Freedom is a highly-cherished idea, especially here in the U.S.A., and attitudes about individual freedom range from pubescent adolescent to wise adult, and all stages of maturity between these two extremes. The adolescent mindset takes individual liberty and personal freedom quite literally and is intolerant of anything perceived as the slightest limitation to that freedom. The mature adult mindset sees the need for social mores, conventions, and laws that might limit her or his freedom to some degree, such as speed limits, drinking ages, and paying taxes. They see this as essential to having a civilized society – an advanced stage of social and cultural development.

In the case of the COVID-19, there are large numbers of people who believe this pandemic is a hoax and are refusing to conform to the protocols that help prevent the spread of this virus. They are contributing to the upturns in the number of new cases and deaths. This highly adolescent behavior is killing people!

It isn’t their beliefs that are killing people it is their actions. They are free to believe whatever they want. That is one of the principles on which the U.S.A. was founded. However, putting other people at risk is not a freedom, and our ancestors saw to that by enacting numerous laws making certain behaviors illegal.

On the racism issue, there’s no law that states you must believe everyone is created equal. But actions based on beliefs that one race is automatically superior to any other, that result in degrading, harming or murdering another human being regardless of their race, national origin, or creed, is not only morally wrong but illegal.

With the major challenges facing humanity these days we are put to a huge test of our resolve in evolving consciously to a new level of responsibility. Unless we can shift our focus on individuality – whether personal, professional, or national – to what’s good for me or mine to what is best for everyone, we are doomed to continue growing apart. This shift of focus is from “me” to “we” or from a separatist paradigm to an interconnected one.

There are cultures in this world that have always behaved this way. Most of these are indigenous people whose cultures developed by passing on these values from generation to generation and who depend on collective community action for their survival. We can learn from this ancient wisdom.

Can we make this shift from a Me Culture to a We Culture? Do we have the will to choose the well-being of every human being over the well-being of me, my tribe, my profession, or my country? A phrase that has become popular during the pandemic is “we’re all in this together.” If enough people can embrace that attitude beyond the threat of the pandemic there is a chance this momentum could shift the mindsets of large numbers of people and we could see this kind of conscious evolution.

From my point-of-view, this thinking that we’re all in this together had a dramatic effect on the public’s response to the George Floyd murder. While there have been many abuses of power aimed at African Americans here in the U.S., including many wrongful deaths, this one landed on a more open, sensitive public. You might even call it a more conscious public due to the pandemic which backdropped it.

I see an enormous opportunity with the two crises happening simultaneously. As someone said several years back – “a crisis is a terrible thing to waste.” The two Chinese symbols for crisis are danger and opportunity.

Being sequestered and locked down has led to many surprises. People report feeling closer to their families, more loving and appreciative of their lives, and more vulnerable. They are also less busy and in their heads; they seem more heartfelt which may have contributed to the unprecedented response to the Floyd murder worldwide.

Let’s not waste this opportunity. Let us remain open-hearted and consider a “new normal” where the We Culture transcends the Me Culture.

In the end, it all comes down to the individual and how we behave, each and every one of us.