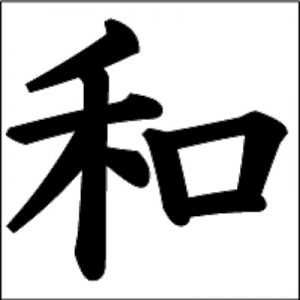 Christopher Davis is a Northern California-based consultant who offers the Wa Explorations teachings on dissolving suffering which he defines as not experiencing the delicious opportunity of life. Suffering often shows up as having experiences that you don’t think you should be having whether that is a political party in power that you disagree with, the death of a loved one, or something as trivial as your favorite sports team losing. Davis is a nondual thinker who refers to nondual thinking as “Frame 1” – a perspective that is liberating and relieves us from suffering – and dualistic thinking as “Frame 2” – which allows us to “navigate life.” Each frame offers us a perspective for observing life by presenting different views of who we are, causality, responsibility, and time. I find the Frame 1/Frame 2 distinction much simpler to understand than getting into the Sanskrit and Buddhist origins of nonduality, Advaita Vedanta, etc.

Most of us live in a Frame 2 reality where we appear to have free will and seemingly express our intentionality by making requests, choices, and promises. There is a past and a future. People appear separate from one another. It is a reality that most people agree is real and is seen as the only option for nearly all the players. It is like a play, where the actors know their roles, their characters, and the parts they play; where most if not all of them have forgotten it is a play. Living and working in Frame 2 is completely familiar.

Frame 1, however, is much less familiar. Davis writes,

Traditions involving enlightenment often discuss life from a Frame 1 perspective. From Frame 1, the only time is now. Nothing can be different than it is. There are no separate individuals. All there is, is the flow of reality. Nothing is, or could be, wrong. All is whole and complete, exactly as it is.

Now for the big question: Which of these frames is true?

“Both are,” asserts Davis, “They are different frames for observing life and each has value. In Frame 2, we navigate life. In Frame 1, we achieve liberation.” By “liberation,” Davis means liberation from suffering and a variety of common reactions with which we are all too familiar. If we think Frame 2 is the only reality, then we can easily get trapped in suffering, constantly thinking things should be different than they are. We can also feel guilt or victimized by the past or anxiety, worry, and fear about the future.

In Frame 2, the frame of duality, we talk about the past, we learn, make plans for the future, compare our performance with others and judge ourselves and others accordingly. All these actions are completely reasonable in Frame 2. As Davis writes, “we need to operate in Frame 2 if we are going to live [and work] with others.”

As we learn and grow our belief systems are capable of developing new patterns until we die. In Frame 2, if we understand ourselves as belief systems composed of patterns, we can assess the patterns and take action to change them.

Frame 1 is the frame of forgiveness. No one did anything—the worst criminal act was done without volition. We can forgive everyone, including and especially ourselves, of our transgressions. It is the frame of unconditional love. There is only Being.

I find a lot of wisdom in what Davis says here – staying grounded in the nondual while fully living in the dualistic world. In today’s either/or world this can be challenging, no doubt, but absolutely do-able. I have seen a number of people whose work over the decades has been motivated by a commitment to do what they can to soften the landing when humanity shifts from the old to the new paradigm. While their decades-long commitment to humanity making this shift before we go extinct has been passionate and tenacious, they have little attachment to the outcome. We may well go extinct as so many scientists and futurists are predicting. But those of us who have been “engaging fully” in our work (Frame 2) for all these years, holding it all in “love and wholeness” (Frame 1) as Davis suggests, without being attached to the outcome are likely to be far more effective because we are less prone to suffering.