[Last month my editorial focused on “Loving Thy Enemies” and more has been revealed since. I suggest reading “part one” (see link above) if you haven’t done so; then read this follow-on piece] 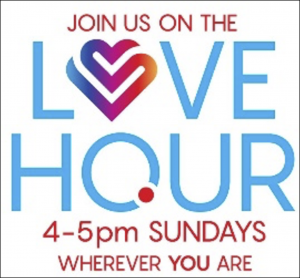 Several people who read last month’s editorial shared how difficult it was to think of an enemy as I defined the word and then try to love that person. The more these conversations evolved the clearer it became that there is a propensity in the human condition, primarily the modern human – to experience a reluctance or even revulsion to the idea.

This isn’t a basic human need or a natural characteristic as far as I can tell. It is a learned behavior, probably a side effect of being rewarded for having the correct answers in the early years of our schooling then showing off how smart we were in the later years.

I have noticed this propensity to be right grow over the past few years, particularly around the widening political divide here in the U.S. People on both sides are fervent in their opinions to the point of shouting and being physically agitated.

My friends know that I dislike political diatribes, particularly those that have surfaced since the advent of Donald Trump who has most definitely stirred the pot with my left-leaning friends and colleagues. The insights that have occurred to me recently have shed some light on this personal aversion; it is the energy with which the subject is addressed, not so much the content or the words, that I dislike.

When people are into being right, they generate a space of separateness, divisiveness, and “otherness.” This is an artificial field brought on by negative ego. I am using this term as Art Horn describes it is his book Beyond Ego: “…it’s the part of you that sees yourself above, below, or against other people or circumstances.”

People who are caught up in that field of righteousness are seeing themselves as better, above, or against those who think differently. That’s negative ego using the definition as I am here.

Most of the time my critics – those who think I should agree with them – accuse me of avoiding politics, implying that I’m being an irresponsible citizen. But it is not the content of the conversations; it is the field which I find discordant, artificial, and polarizing, which I experience as a dark heaviness. I do not want to be part of these diatribes. My body is repelled by them; it gets tense and contracts. If I accidentally get caught up in one, I feel robbed of energy; my life force feels drained as if I’ve ingested something toxic.

The conversations I am attracted to are generative, unifying, and resonant. I am energized by them and leave them uplifted and energized.

This might be a good time to mention the distinction between dialogue and tirade. Tirades like I’m referring to here are negative ego-driven, filled with righteousness and indignation. On the other hand, dialogue is about inquiry; it comes from a place of inquisitiveness, curiosity – a much more vulnerable, open, and receptive space.

Instead of expressing outrage and suffering about a situation we’d like to see changed, why not put that energy to better use – to take a stand for those principles for which we are arguing. Rather than ranting about the way things are why not stand for the way we want things to be. This is how Gandhi, Mother Jones, Mandela, MLK, and many other stand-takers brought about the change they wanted to see.

Here is a quote from U.S. President Abraham Lincoln, an excerpt from his first inaugural address in 1861, after seven states had seceded from the Union and formed the Confederate States of America:

“We are not enemies, but friends. We must not be enemies. Though passion may have strained, it must not break our bonds of affection. The mystic chords of memory, stretching from every battle-field, and patriot grave, to every living heart and hearthstone, all over this broad land, will yet swell the chorus of the Union, when again touched, as surely they will be, by the better angels of our nature.”

I’m sure we can have healthy dialogues about politics and all of the other subjects that have become so divisive in recent years and do it without this righteousness and negative ego. Imagine dialogues about global warming, abortion, racism, politics, and other subjects which generally take place in fields of righteous tirade. Civility, trust, and may I say love can comprise the field so the same conversations can take place and be generative, unifying, and resonant.

Isn’t it worth a try?