Recently one of my newsletter subscribers took issue with an editorial I wrote in which I was critical of people who were ignoring protocol for preventing the spread of COVID-19. The reader challenged the wisdom of wearing masks and admitted he wasn’t sure they didn’t add to the infection rate instead of minimizing it.

I happen to know this man. He is intelligent and quite accomplished. I was quite puzzled that someone of his intelligence could not see the wisdom in following the preventative protocol deemed best by most of the world’s governments and medical experts.

This man is also a political conservative. “Could that affect his reasoning?” I wondered. 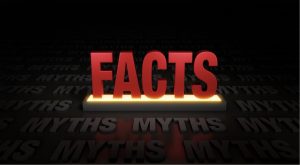 A few weeks later, a longtime friend, Texas-based Peter Turla, forwarded an article titled “Why Facts Don’t Change Minds” by New York Times bestselling author James Clear. I recommend reading Clear’s piece as it was helpful in my coming to an understanding about how ideology can influence beliefs – so strongly that beliefs morph into facts, at least in the mind of the believer.

Clear quotes Leo Tolstoy: “The most difficult subjects can be explained to the most slow-witted man if he has not formed any idea of them already; but the simplest thing cannot be made clear to the most intelligent man if he is firmly persuaded that he knows already, without a shadow of doubt, what is laid before him.”

In other words, it is nearly impossible to convince an intelligent person that what he absolutely believes to be true might be false.

For those of us who have bumped into this push back, regardless of which side of the aisle you come from, Clear offers some insight which might be useful in understanding the “other side.”

So this would suggest that we more easily adopt beliefs that are widespread in our tribe rather than accept facts that might invalidate those beliefs.

This is similar to what I have experienced when engaging with people who deny that climate change has anything to do with human activity (such as burning fossil fuels or eliminating rainforests or coral reefs) or, more recently, people who think the COVID-19 pandemic is a hoax promoted by media hype.

Historically, when the U.S.A. has undergone big splits in opinion, such as over Vietnam or the Civil War, the difference wasn’t about the facts; the differences that divided us were philosophical. We were not divided on what was true or what was mere belief. In the present day we are very divided about what is true. If Clear is correct in his assessment, we are now divided by what we believe to be fact and one tribe’s fact is another tribe’s fiction.

If you would like even more input on how beliefs morph into facts, watch social researcher Julia Galef’s TED Talk – “Why you think you’re right — even if you’re wrong”