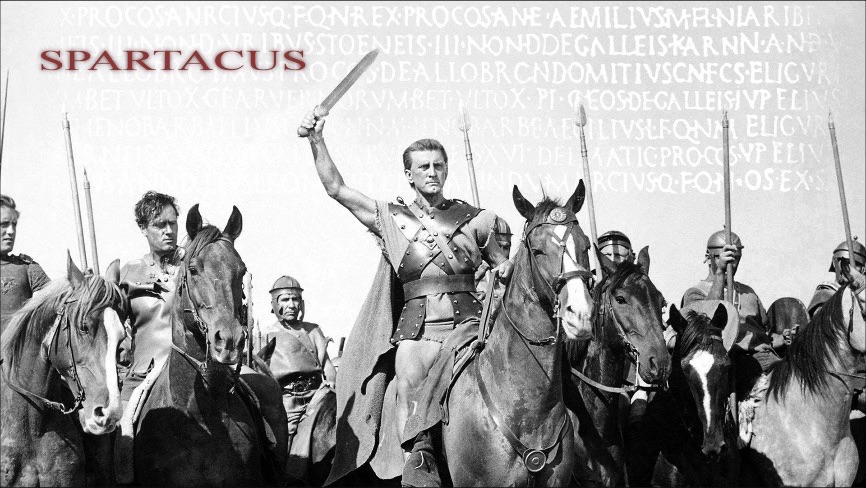 Kirk Douglas as Spartacus in the 1960 movie

Recently I have been researching exemplar candidates for inclusion in our Conscious Leadership Yearbook that we plan to publish soon for FutureShapers. One of the individuals I was researching was described by Wikipedia as an “iconoclast” and, curious, I decided to get to know that word a bit better.

…a term that has come to be applied figuratively to any individual who challenges “cherished beliefs or venerated institutions on the grounds that they are erroneous or pernicious.”

Here’s how the Merriam-Webster defines it:

a person who criticizes or opposes beliefs and practices that are widely accepted.

I prefer the Wikipedia version since the challenging or opposing is directed at the lack of validity or perniciousness not merely because the beliefs and practices are popular.

Although the word entered the lexicon around mid-17th century, it also refers to a supporter of the 8th and 9th-century movement in the Byzantine Church which sought to abolish the veneration of icons and other religious images. In time, and usually in the adjectival form, the word has also come to refer to aggressive statements or actions against the status quo.

Although it would never have occurred to me to describe myself as an iconoclast, now that I am more familiar with the word it’s an epithet I could quite happily live with. My work, at least since the early 1980s, has been to criticize or oppose the commonly held beliefs and venerated institutions – what might collectively be called the old worldview – on grounds that they are both erroneous and pernicious.

And the longer I have been at this game, the more clearly I can see how widely accepted and cherished this old worldview has become.

The longer we hold onto these erroneous and pernicious beliefs and outmoded assumptions, the greater will be the chaos and pain endured when the shift finally does happen and a new paradigm is embraced. The sooner we can accept the new not-yet-fully-formed worldview the sooner we can stop pretending the outmoded ways of thinking are actually valid. We can stop blaming people for our crumbling venerated institutions and become social architects, designing new ones and building upon assumptions that fit today not yesterday, that fit the new reality we want to midwife not the old reality that needs hospice.

If this means a society of iconoclasts, so be it. Much like Spartacus in his day, we need to declare that we are evolving human beings not slaves to a system that is based on outmoded ideas. We have the ability to create new systems that better serve us today, replacing systems that were designed for yesteryear.

Let us be modern-day Spartacuses. Let us pull out our swords from under the blankets and rise to the occasion. Let us challenge, criticize, oppose and destroy all that is holding the old in place. Let us revolt against erroneous assumptions and pernicious systems. Let us stand tall for new systems that work for us instead of supporting systems which enslave us much like the Romans enslaved Spartacus.