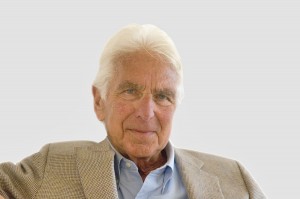 Another icon passed away at the end of July. I cannot recall a year in which so many colleagues and friends have passed on, Warren Bennis being the most recent. Warren did for leadership what Peter Drucker did for management. Each were there before there was a “there.” Before Bennis there was no “field of leadership”; he helped build it and served as godfather to this new field of study, practice and art. Former Medtronic head and now Harvard Business School professor Bill George called him the “father of leadership” and that could work too.

Bennis might not have considered himself a futurist, or belonged to the World Future Society, but he definitely was a futurist in my view. He saw the need for a new way to lead organizations and shaped the art and practice of modern day organizational leadership worldwide. Based on painful experiences in his youth, and a stint serving as an infantry officer in World War II, Bennis realized there had to be a better way to lead others.

Mentored by social psychologist Doug McGregor, developer of the famous X-Y Theory, Bennis went on to gather his prestigious graduate degrees, then served on various faculties, as a provost and a university president. But ultimately he realized that his calling was teaching, not administration. He then took a year off, lived in the San Francisco Bay Area on a houseboat and was a marina neighbor of Whole Earth Catalogue’s Stewart Brand. He also worked with Werner Erhard, the founder of EST, a highly-popular personal development program that featured prominently in the human potential movement of the 1970s. In 1979, Warren moved to the University of Southern California (USC) business school which remained his base.

Former EST trainer Ted Long recalls, “I remember Warren very well… the thing I noticed most was how unpretentious he was. Clearly a leader in the field, yet around others he was a sponge, listening absorbing and never assuming he knew more then you did.”

I came to know Bennis when I learned he was a subscriber to my hardcopy newsletter – The New Leaders – back in the early 1990s. I learned of this from his dear friend, the British management guru Charles Handy who had just visited Bennis in Southern California. Charles told me Bennis had showed him a copy and was excited that someone was publishing something on leadership that was so progressive.

Bennis was kind enough to endorse several of the anthologies I published, as well as my 2000 book, Getting to the Better Future. So we had occasion to connect from time to time throughout the 1990s.

During this time I was invited to participate in a tribute to him at the Marshall School of Business on the USC campus. Some of us were invited to his home on the beach the evening before the full day of tributes. Bennis and his wife Grace were incredibly hospitable and welcoming.

During that evening and the day following I met and engaged with many of my heroes. Among the 100 or so people in attendance I probably talked with half of them. They included Handy, Drucker, Nathan Rosenberg (Erhard’s brother), Tom Peters, Stephen Covey, Frances Hesselbein and John Seely Brown to name a few.

Jim Autry, a leadership icon in his own right who worked with Warren occasionally, says this: “I was always amazed by how cordial and generous he was.  A true gentleman, in the old-fashioned sense of the word, a quality all too rare in organizational life these days.  All of us who try to address the challenges of leadership should be grateful for the life of Warren Bennis.”

Forbes magazine once referred to Bennis as the “Dean of Leadership Gurus” but Bennis did not wear the cloak of guru very well. He was a self-effacing, curious, humble and charming man.

In a Washington Post remembrance of him, leadership columnist Jena McGregor writes, “He was a staunch believer that leaders are made not born, formed out of ‘crucible’ moments and struggles that prepare them to lead.”

Here are some of his CV accomplishments:

Independent futurist Hazel Henderson writes, “A sad loss to hear of Warren Bennis’ passing. He was a pioneer in many ways – brilliant and also deeply human in his approach….We will all miss him sorely. Thanks for this opportunity to say my goodbye.”

Finally, my own memories and thoughts about this man. Our world was much improved because Warren Bennis visited us for 89 years and the world will surely miss him. More than an icon or a pioneer or a leader, his life is his legacy.

Merriam Webster defines “godfather” as “a man who sponsors a person at baptism….one who founds, supports, or inspires.” It seems Bennis fits both these definitions: he certainly was there at the “baptism” of professional leadership as a field in academe, business and government; and he was most certainly considered a founder and supporter of the field of leadership. And no one will suggest he was anything less than absolutely inspiring!