Here are five unconventional models of human organization, each unique and quite effective as they defy contemporary cultural traditions. I find them provocative. See how you respond to them. 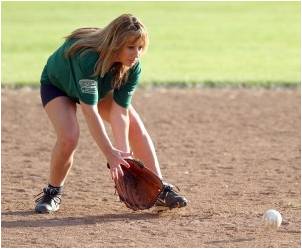 The first is a women’s softball league I only learned of recently. The Rohnert Park Women’s Low-Key Softball League celebrated its 40th anniversary earlier this year (Rohnert Park is a city a few miles north of San Francisco). Committed to no-stress play, the six-team league features slow, lob-style pitching. Instead of allowing the teams to form on their own, the league develops six new teams each year by lottery rather than athletic ability, experience, loyalty or rivalry. Players may be on a team with one group of women in one year and another group of women in the next. The focus is not on building a “franchise” or a team dynasty, but on having fun. What a novel idea!

Here’s a link to an article on the League.

A second model is one I have written about before as an alternative method of resolving conflict. South Africa’s Truth & Reconciliation Process allowed the country to peacefully transition from apartheid and minority domination to a democracy. The climate was ripe for mass rioting or even civil war but the Process championed by Tutu, de Klerk and Mandela allowed victims to tell their stories and the oppressors to hear of them in a way that prevented the violence that could have occurred. Why haven’t other conflicts around the world been resolved this way, instead of going to war? Could it be as simple as there’s no profit in peaceful reconciliation? Or perhaps there’s an overriding need to use weapons because we have them?

Here is my July 2006 article on the Process for this newsletter.

A third model is another in the sports world – but on the professional side. As most of us know, almost all sports franchises are privately owned, sometimes as a mere hobby for the very rich. Cities that have big league sports franchises can feel ripped off when owners decide to move the team to a different locale, as if they are losing something special. And they are! There’s regional pride by the fan base which feels a sense of loyalty to the team, and some personal identity, even if they are not owners. Only one of the National Football League’s (NFL) 32 teams is publicly-owned by the local residents, the team’s fans. That NFL team is the Green Bay Packers based in Wisconsin.

Here’s a link to a video about this unique model.

A fourth model is Springfield Remanufacturing Company (SRC), an employee -owned automotive parts rebuilder that was once a failing division of International Harvester. In 1983, along with 12 other managers, Jack Stack scraped together $100,000 in cash, borrowed $8.9 million and transformed the company into one of the most successful and competitive companies in America. Under Stack’s leadership and his Open-Book Management approach this formerly failing company has now become SRC Holdings Corporation, a thriving company of 1,000 engaged employees in 17 business units across a variety of industries producing $300 million in annual sales. The company has increased its stock price from 10 cents per share in 1983 to over $199 in 2010. SRC has become the poster child for Open -Book Management which gets everyone focused on helping the business be successful. Employee goals and accountabilities are tied directly to the success of the company. It teaches all employees the Critical Numbers of the company and how they can make a difference – both individually and as part of a team.

The fifth and final model for an effective yet unconventional organization is another one I have written about in the past. This organization was founded in 1937 to help people overcome a major disease. It did not raise any capital or require public funding and continues to be self-funded. It has a hugely successful track record in terms of results, relies on short-term volunteers rather than career managers, and explicitly recognizes the positive role of spirituality in its work. It also “sticks to its knitting” and maintains a sharp focus on its mission. This unusual model of organization is Alcoholics Anonymous.

Here is an April 2010 post from my guest blog at Global Dialogue Center on this subject.

Each of these five examples might be examined as a positive alternative for organizing ventures or projects. I hope they provoke your thinking about organizations and the forms they come in.