A couple of years ago, just after receiving the Nobel Prize, Mohammad Yunus was speaking in Washington and I happened to catch in on C-Span TV. One thing he said has stuck with me ever since. He asserted that poverty was not a people problem; it was a systems problem.
This seemed a profound yet obvious observation, and his comments hit home immediately. It had that ring of truth to it. I was suddenly seeing all the injustice and dysfunction in the world as being wrongly attributed. 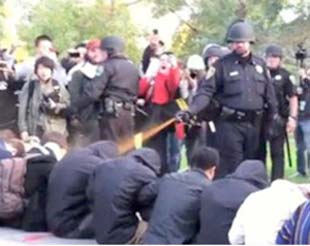 Systems can compromise people’s values and even their consciences so good people either do bad things or allow them to happen with their knowledge and assent. In 2006, Philosophy for Business published a paper I wrote along these lines: “Why Good People Do Bad Things in Business.”
We can certainly see many examples of people acting badly these days, and most seem to be steeped in extremely dysfunctional systems. Decent people can do evil things when they are immersed in these systems – be they street gangs, terrorist groups, drug cartels, underground mobsters, Ponzi schemers or greedy bankers.
I’m not sure where I come down on the issue of evil. Sure, people do evil things, but is that because they are inherently evil? Or is evil a symptom of something amiss in an individual as some claim, like a separation from God or Source or All That Is? Could there be a “bad seed” when it comes to the sadistic, cruel and grossly insensitive people of this world?
Many of the “bad” things being done today that are getting people so upset are difficult to trace to a single person or group. As hard as we try to scapegoat one group or person, nothing much seems to change. Largely this is because the systems that have been created are skewed in such a way they favor those in power and away from those who had no say in what has been created.
Once a system is in place – fair or unfair – the game for players is to know how to work it to one’s best advantage. In doing so, one may experience a pang of conscience now and then if one takes the time to reflect. But if one simply continues learning the system in the company of peers (as in MBA school) without “looking up,” there’s no feedback loop to trigger that conscience, One is therefore convinced they are merely being good students learning how to succeed, not directly responsible for the further skewing of the playing field.
At work here are three groups of players:

And, then there are the have nots who are either unaware that the level playing field isn’t really level, or focused so much on their mere survival that they are oblivious of alternatives. Do you fit into one of these groups, or do you know others who do? Which group do you belong to or identify with?
Skewed playing fields, or unfair systems, are creating an increasing divide between haves and the have-nots. As the number of haves gets smaller, so their share increases; as the number of have-nots increases, so their share greatly decreases. The system gets more and more tyrannical, empowered by a bit of collusion but a lot of silence – a passive condoning of the outcomes. Not surprisingly, this trend is inciting public anger, with uprisings such as the “Occupy Wall Street” movement and other social protests that are growing in number and spread. If the system is allowed to continue its tyrannical march to tilt the playing field even more, these protests will eventually lead to revolutions with varying degrees of violence.

* * * * * * * * * *
[NOTE #1: When social systems become so oppressive they arouse revolt amongst the disenfranchised masses movements like Arab Spring emerge. As I wrote about earlier this year, a Tahrir Square type of uprising could appear here in the U.S., such as Occupy Movement. See my December’s blog at Global Dialogue Center (GDC).]
[NOTE #2: Watch for my GDC Guest Blog in January which I’m presently drafting. It compares the Arab Spring with the Occupy Movement going on around the world.]