In this issue:
1. Reader Comments
2. Newsbits
3. November Editorial: “Fatal Reasonableness”
4. Preview: Next Month’s Editorial
5. Quote of the Month – 1955 Einstein-Russell Manifesto
6. Hot Link of the Month
7. Want to Blog?
8. “Click and Play” of the Month

Thanks to all those subscribers who took the time to complete the online survey in September. While a relatively small percentage of you responded (about 11%), there were some clear bits of feedback even though the samplying was low. For instance, it is very clear readers prefer (by a 90% margin) receiving the newsletter as email content rather than just a link to the page on my website or a blog. I was surprised by a couple of things: one was how few respondents forwarded the newsletter to colleagues or friends; another was that two-thirds didn’t know anyone else who received it. Most reported not knowing too many other people who thought like they do, suggesting a need for more support networks of “kindred spirits.” I was pleased to see over 70% identified my editorials as number one feature with all the other features pretty much tied for number two. Seventy-seven percent of respondents reported the newsletter comes through without HTML format glitches; some get text only; and nearly 18% reported format problems which, while low, is still a concern. One of the most encouraging results for me was almost 60% read the newsletter and are moved to do something as a result. Of the narrative responses, many reported how little time they had with so much email in their inboxes, indicating even FutureShapers suffer from over-busy-ness. 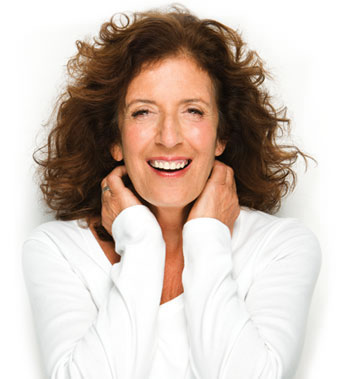 Thanks for all the kind emails about my editorial last month on Anita Roddick. The outpouring of love and sadness for her early passing is obvious on her website and The Body Shop’s where people are invited to post tributes.

Seven organizations were added to the list of prior International Spirit at Work Award honorees in October. Forty three companies from 24 countries have been honored in the last six years. I had the pleasure of co-hosting the ceremony as we presented the ISAW Award to An Cosan, an Irish company, Centre for Excellence in Leadership in Britain, U.S.firms Tyson Foods, Conner Partners, Prairie View and Ternary Software, plus Germany-based Bio-Seehotel Zeulenroda. You can see more about each organization by clicking here.

My regular readers know how fond I am of the Shaw quote above. In my view, we have never before been in such need for unreasonableness as the present day. Reasonableness is literally killing us. We are allowing things to go unchecked, uncorrected and unchallenged because we refuse to get unreasonable in our demands for a fully functional, peaceful and sustainable society.

Just because the systems we’ve created have devolved into chronic dysfunction, there is no excuse to allow them to continue dictating our values, our lifestyles and our thinking. It is bad enough to be an indentured servant but when the slave master is dysfunctional the situation worsens, even becomes life-threatening.

We have become slaves to the systems we’ve created. This isn’t necessarily intolerable when the systems are healthy. Benevolent dictators are sometimes better than total anarchy. But anarchy could be a huge improvement over a crazy tyrant.

Unlike the crazy tyrant who can oppress dissent through force or threat of force, our unhealthy and unsustainable systems are allowed to continue merely through the legitimacy they receive from us, the reasonable people who make them up!

What passes for “reasonable” these days only makes sense in a culture based on fear, scarcity and immediacy. It makes total sense to the mindset steeped in this culture. However, if you wish a culture based on compassion, interconnectivity and long-term sustainability this mindset is outmoded and the behavior it judges to be “reasonable” is self-destructivel. What is reasonable in one context is unreasonable in another.

Recently, I wqas talking with a friend who was raised in a very dysfunctional family. After leaving home, she realized how low her self esteem was and engaged in psychotherapy which eventually evolved into a major commitment to her self-discovery. Now a fully-functioning and emotionally healthy woman, she no longer conforms to the behaviors with which she was raised. Her family looks at her as an “odd ball” even using the word “insane” from time to time. This is what dysfunctional systems do: they demand conforming behavior then label any member outside of its parameters crazy. What was “reasonable” behavior in her family system means to conform to the craziness. Her recovery as a healthy, functioning woman threatens the system so it brands her insane and whacky (or unreasonable).

If we do not get unreasonable soon, our organizations will continue their tailspin until they implode. As this worsens in our systems, healthy people will leave and seek more functional environments. Eventually, agreement, confidence and trust among stakeholders, primary foundations for a healthy marketplace, will erode and possibly trigger a financial crisis. This is how our reasonableness – our stubborn attachment to the old culture or paradigm – can lead to our demise.

One way to begin restoring functionality in our organizations and institutions, and thus prevent mass loss of trust, agreement and confidence, is to begin thinking and acting in ways that are consistent with the reality we wish to see, not the reality that is on the wane, the one in its death throes. Thinking and living from this new reasonableness, call it “reasonableness 2.0,” will take foresight and courage. It will entail bucking the existing system to which most people are extremely attached. Most people are unaware there is any alternative other than enduring and coping as best they can without hope for substantial improvement much less an entirely new worldview.

4. NEXT MONTH’S EDITORIAL: “And the Beat Goes On”

5. QUOTE OF THE MONTH:
“There lies before us, if we choose, continual progress in happiness, knowledge, and wisdom. Shall we, instead, choose death, because we cannot forget our quarrels? We appeal as human beings to human beings: Remember your humanity, and forget the rest.” – from The Bertrand Russell – Albert Einstein Manifesto of 1955
6. HOT LINK OF THE MONTH:
Ecological Footprint Quiz estimates how much productive land and water you need to support what you use and what you discard. After answering 15 easy questions you’ll be able to compare your Ecological Footprint to what other people use and to what is available on this planet.
7. WANT TO BLOG?
My blog – “Exploring the Better Future” – is located at the Global Dialogues Center; take a look and post your comments. I’d love to hear from some of you subscribers!

8. “CLICK & PLAY” OF THE MONTH (see Audio and Videos, including Humorous, Provocative and Inspiring Videos)