In this issue:
1. Reader Comments
2. Newsbits
3. October Editorial: “Remembering Anita”
4. Preview: Next Month’s Editorial
5. Quote of the Month – Albert Einstein
6. Hot Link of the Month
7. Want to Blog?
8. “Click and Play” of the Month

Thanks to all of you who completed the online survey last month. I will be taking all your comments into consideration over the coming weeks and report back in this spot next month.

Thanks also to those of you who sent me notes of condolence upon hearing about Anita Roddick’s passing, knowing we had been close in the past.

And thanks again to my Preview Team who give me feedback on my articles for this newsletter as well as pieces I write for other periodicals. They prevent me from looking too foolish by catching typos and grammatical blunders.

While I had planned to run the “fatal reasonableness” article this month the sudden death of my friend Anita Roddick prompted me to substitute my editorial this month.
Systems Thinking Workshop

My systems thinking workshop has been stirring up some interest so we added a short PowerPoint description to my website. Feel free to pass it on to anyone you think would be interested in hosting either a one-day or two-day version, geared to executives and organizational leaders.

Join Me for the 2007 International Spirit at Work Awards

Care to join me for three days of conference/retreat during which the annual Int’l Spirit at Work Awards will be presented to the 2007 honorees? I have the privilege of co-hosting the awards ceremony again this year and participating in the weekend activities, October 19-21. If any of you subscribers can make it, please join me.

It was early in the morning in San Francisco three weeks ago. The date was September 11 – an ominous anniversary for much of the world. My houseguest left for the airport at 5 AM and I checked my emails before leaving for a 6 AM meeting. Awaiting me were a dozen or so messages. The first was a note of condolence. “This can’t be” my mind responded. Still a bit dazed by the possibility my friend had really died, I opened the next one – another expression of sympathy, then another and another. Slowly reality set in. My colleague and friend Dame Anita Roddick, a major life-force on this planet, the “Queen of Green,” founder of The Body Shop, global champion of social justice and the preservation of the environment was dead. 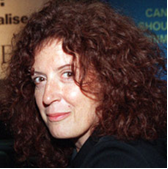 The next couple of hours were very intense for me as I processed grief, sadness and anger at the loss of this incredible and indomitable spirit, this woman who lived “out loud” more than any other human being I know. Eventually, I felt Anita’s powerful presence tugging at my heart, challenging me not to wander too close to self-pity. I could not help but smile as tears of joy for her liberation mixed with tears of sorrow for her departure from this plane.

While Anita and I had been closer than mere colleagues in the 1990s, we hadn’t been in contact much for the past few years. In 2000, she authored the foreword to my last book and we almost became partners in a publishing venture in 2003. I was her houseguest when she owned a home in Scotland and enjoyed a professional and personal relationship with her which I shall always treasure.

Reading the wire service stories about her passing I learned more about the cause of her death, how she had contracted a blood-borne, viral disease through a blood transfusion in childbirth over thirty years ago. Unaware of her recent public announcement of her disease, I assumed she was still shaking up convention all around the world as she had been doing for decades.

Parmy Olson, London Bureau Chief for Forbes.com, wrote, “Roddick viewed her illness with characteristic aplomb: ‘Many people have spoken of my ‘bravery’ in going public with my illness – pish! It shouldn’t take bravery to live life openly despite illness, although our developed world, with its deep fear and denial of mortality, often demands it.’ Aside from the frank expression of her beliefs, Roddick will be remembered for having helped reconcile the seemingly irreconcilable: commerce and social activism.. Though the latter seemed to clearly be where her heart was, she still managed to cultivate a phenomenally successful business and become a millionaire, while reminding everyone that, ‘businesses have the power to do good.'” [see the entire article ]

I shall always cherish my week in Scotland with Anita and her husband Gordon, her mum, oldest daughter and grandchild, being silly, cooking together, playing billiards and hiking around Loch Muick and the Royal Hunting Lodge. Fourteen of us, half family and half friends from the U.S., had a wonderful time hanging out together in the Scottish heather, welcoming the local bagpipe marchers and enjoying the regional Highland Games.

As the responsible business movement started gaining traction in the late 1980s, I recall the beginning of Business for Social Responsibility (BSR) and USA Today featuring the story in May 1992 with pictures of two of the movement’s icons, Ben Cohen, of Ben & Jerry’s, and Anita. She was a fierce advocate of social justice and an inspiration to millions of women, both in the industrialized West and indigenous regions of the world where she loved to visit. She was equally at home with the Queen or Princess Diana, meeting with investment bankers or bathing naked in the hot tubs at Esalen. She was tear-gassed in Seattle at the WTO demonstrations, had her face painted by indigenous tribes all over the world, trekked through jungles, marched for social justice – all with a bombastic irreverence of anything haughty.

In 2003, Queen Elizabeth bestowed on Anita the title of Dame of the British Empire. Prime Minister Gordon Brown called her a “true pioneer.” Paul Hawken called her a “force of nature.” Indeed Anita left a rich legacy and tall shoulders for the rest of us to stand upon.

“The most beautiful and profound emotion we can experience is the sensation of the mystical. It is the power of all true science.” – Albert Einstein
6. HOT LINK OF THE MONTH:
Awakening the Dreamer Symposium: a four to six hour workshop that explores the link between three of humanity’s most critical concerns: environmental sustainability, social justice and spiritual fulfillment; hosted by Pachamama Alliance in various locations all around the world; allows participants to gain a new insight into the very nature of our time, and the opportunity we have to shape and impact the direction of our world with our everyday choices and action.

7. WANT TO BLOG?
My blog – “Exploring the Better Future” – is located at the Global Dialogues Center; take a look and post your comments. I’d love to hear from some of you subscribers!

8. “CLICK & PLAY” OF THE MONTH (see Audio and Videos, including Humorous, Provocative and Inspiring Videos

Moments of Insight: Six individual podcasts, downloadable to iTunes or MP3s (seven to eight minutes each); produced by Global Dialogue Center; besides this series with John, they include Lynne Twist, John Perkins and others.