Playing Dead: The Downside of Pretending To Be Out of the Game

Home » Mini-Keynote Editorials » 2006 » Playing Dead: The Downside of Pretending To Be Out of the Game
Email
Print

Next Month in Amsterdam
In early May I am in Amsterdam, speaking at The Summit for the Future 2006. The focus of this year’s conference is risk and I am a keynoter for the Values and Spirituality track. I invite you all to join me there if you can, May 3 – 5.
****************
2. APRIL EDITORIAL

When I was a kid, I played cowboys with my younger brother and sometimes with other boys as well. Cowboy movies were our inspiration. We admired whomever could stage the most realistic fake fist fight or who could fake dying the best. And, of course, once you were “dead” it was only fair you stayed that way. So if you were unfortunate enough to take a fatal imaginary bullet or knife wound and “died” you had to remain motionless where you dropped until the game was over and the pretending stopped. This was a real challenge for an antsy kid of five or six. 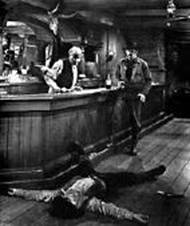 One of the ways I was able to fake being dead while the other boys continued to play shoot ’em up was to go off in my head and imagine all sorts of things. I could play in my mind yet still continue playing “dead” as far as my friends were concerned.

Recently I recognized how I still “play dead” from time to time, pretending to be out of the game while I go “away.” I go unconscious; I leave the now of life and enter a netherworld of my own creation. Some call this going on “automatic pilot” where my mind is blank or on something else while I do something almost void of awareness. But this realm I go to is an escape, a way of avoiding life, more like a holiday from the present, from the reality of life.

A childhood friend of mine now owns an auto repair business about 60 miles away from where I live. Some years ago I was in his area and decided to stop by his shop unexpectedly one afternoon. His office helper told me that he and his partner were at the local bar so I followed her directions and found them having a beer or two. As he greeted me with some surprise I automatically asked, “How are you doing?”

“Just killing time,” he replied. He explained business was slow so they decided to play hooky and relax. It occurs to me now, years later, an adult “killing time” is similar to my playing dead as a child. It is a way of dropping out of life and taking a vacation from consciousness, opting for something palliative instead of remaining engaged. These vacations take many forms such as doing anything automatically without consciously choosing it. Napping, drinking, eating, watching TV, shopping and even sex can be ways of going away, dropping out of the game and “play dead” if they are default activities, done unconsciously.

Months later, without any urging from me, my friend told me he had realized he didn’t want to go through life “killing time” anymore. He wanted to engage life and take advantage of every moment.

There’s a line from a Bon Jovi song entitled “Its My Life” that goes, “I just want to live while I’m alive.” Feeling alive while we are living doesn’t require us to risk our necks with extreme sports. All it takes is being fully conscious all the time, even when we choose to relax and rest. The distinction isn’t what we do but rather how we choose what we do, consciously or unconsciously.

We all play dead from time to time. For some of us it is a rare respite from the challenges of our lives. For others it is a way of living. I often hear people wonder why they are here on Earth, complaining of a boring job or a boring life. Their way of engaging life is playing dead until they leave this Earth. They are almost always disengaged! Their lives are committed to killing time.

Most of us check out every once in a while when we think we need a rest or we feel bored or when daydreaming looks like more fun than whatever else is going on. For myself, I wish to minimize these excursions into unconsciousness. I like to watch TV when there’s something I really want to watch, not just because it’s already turned on. I like to eat and drink exactly what I want and as much as I want and nothing more. I wish to engage myself in conversations with others, go shopping, run errands and check email consciously. I like to feel my emotions consciously. Perhaps most of all, I want to think consciously for my thinking is where my choices come from.

It is clear that I cannot achieve this consciousness through willpower alone. It will not come from willful yearning or wanting or desire. I realize that I must be willing to receive help from my source of spiritual strength, my God. The level of consciousness I desire is impossible with “unaided will,” without this blessed grace.

This is an act of willingness and surrender, willingness without expectation and surrender without submission. The payoff is to feel fully alive all the time…to live life from a place of passionate engagement, filled with its highs and lows, triumphs and defeats, being as conscious as possible at every moment of the day, even when I’m sleeping.

Instead of pretending to be dead, even for the smallest increments of time, I wish to be fully alive. Reverend Howard Thurman, civil rights activist and a mentor to Martin Luther King, Jr., put it quite nicely: “Don’t ask yourself what the world needs. Ask yourself what makes you come alive, and then go do that. For what the world needs is more people who have come alive.”

The Global Dialogue Center: a virtual gathering place for people throughout the world with a focus on leadership, professional and personal development; GDC founder Debbe Kennedy interviewed John in March and the podcast is now available from the website (see Newsbits above).