I recently read Michael Pollan’s 2018 book How to Change Your Mind* since it was highly recommended by a neighbor of mine. I didn’t realize it was a bestseller since popular books rarely find their way onto my stack of books to be read. I took a break from my pile of nondual books and peeked at it; the next thing I knew I was immersed. 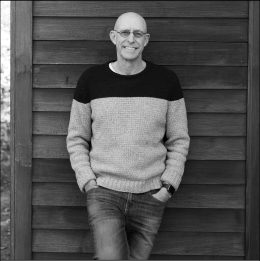 For those unfamiliar with Pollan (pictured at right), he is the author of five New York Times bestsellers, mostly on food. In 2010, Pollan was named to the 2010 TIME 100, the magazine’s annual list of the world’s 100 most influential people. That year he was awarded the Lennon Ono Grant for Peace by Yoko Ono. In 2009 Newsweek named him one of the top 10 “New Thought Leaders.”

Since 2003, Pollan has been the John S. and James L. Knight Professor of Journalism at UC Berkeley’s Graduate School of Journalism. He has been a contributing writer to The New York Times Magazine since 1987.

Pollan is a terrific writer and a gifted researcher. I had only heard of him as a food expert and never read any of his books or columns. I found his wordsmithing skill quite masterful.

The first of three sections of the book reviews the history of psychedelic research and, to my surprise, I knew many of the people he mentions who were at the forefront of the research until it went underground in the 1970s when a national wave of fear and investment in the status quo resulted in the end of research funding and government contracts.

Now I was hooked. Nothing like mentioning nine or ten colleagues whose work I am familiar with to get me engaged. I hadn’t realized how many of the movers and shakers in the field I knew.

The point of mentioning Pollan and his book is that the experiences he writes about – those of many volunteers for different research studies whom he interviewed as well as his own – so closely emulate that nondual space I have been writing about recently.

When I first picked up the book I thought I would be taking a break from my studying the teachings of various nondual gurus and researching the subject for the book I’m planning to co-author with Richard Miller. By the time I finished the Pollan book, however, I realized that reading it was not a detour I had taken but actually provided more perspectives and wisdom on the focus of my attention – unity consciousness or the nondual realm.

Pollan’s research subjects included meditators, people who facilitated psychedelic journeys with volunteers using a variety of substances and the volunteers themselves. He describes a common experience where “the ego temporarily vanishes and the usual boundaries we experience between self and world, subject and object, all melt away.” He continues:

This sense of merging into some larger totality is of course one of the hallmarks of the mystical experience; our sense of individuality and separateness hinges on a bounded self and a clear demarcation between subject and object. But all that may be a mental construction, a kind of illusion – just as the Buddhists have been trying to tell us. The psychedelic experience of “non-duality” suggests that consciousness survives the disappearance of self, that it is not so indispensable as we – and it – like to think.

The “mental construction” or “illusion” Pollan addresses is similar to what I called a “pretense” in my February newsletter editorial “The Greatest Pretender.”

Whether accessing this unity consciousness using meditation, breath work, or a “sacred medicine” of one type or another one is able to suspend one’s ego, at least temporarily, and experience the realm of oneness, an experience that tends to change one’s worldview forever.