Given the political statements made at the polls this last year – Britain’s Brexit, Australia’s “up yours” election and the recent Trump upset here in the U.S. – I think it is safe to say the world is on the brink of a revolution. A large faction of us feel very disenfranchised and disconnected from the rest. I see the human race as being at the precipice of a major shift – one that could unite us and return us to being “indivisible” – and was reminded of a piece I wrote for one of my blogs early last year. Here is the article which I think still has value.

In high school, my best friend and I were big fans of science fiction movies. One of the most memorable was “The Day the Earth Stood Still,” a 1951 black-and-white film which was remade in 2008 starring Keanu Reeves, Jennifer Connelly, Kathy Bates and John Cleese with more advanced special effects. 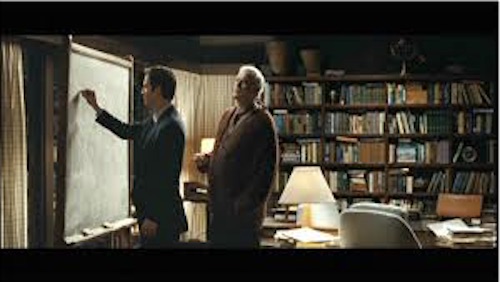 In the film, a spaceship lands in Washington and an alien messenger named “Klaatu” – played by Reeves – assumes a human body and meets up with a Nobel Laureate – a “Professor Barnhardt” – played by Cleese. Klaatu warns the professor that barring a major reversal in our behavior we will be eliminated. The professor pleads, “You must have some technology that could solve our problem.” Klaatu responds, “Your problem is not technology. The problem is you. You lack the will to change….I cannot change your nature. You treat the world as you treat each other.”