American Capitalism: Our Most Influential Export 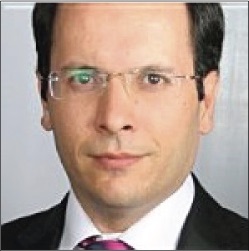 A futurist colleague of mine in Iran recently reminded me that individualism and the American “brand” of capitalism are no longer exclusive products of my country; they have now become globally ubiquitous. Victor Vahidi Motti (pictured right), Director – Secretariat of the World Futures Studies Federation, serves on a team of volunteers who generously preview my writings, and give feedback before they are published. After reviewing one of my recent drafts he wrote me a note, which read:

Just a note that even in the East the capitalist culture and individualism are also very common. It is no longer a “Western” attitude. It is now a global or universal value.

When we think of U.S. exports, we mostly think of material goods such as cars, planes, movies or food. But our capitalist culture – the way we view wealth-building, consumption, speculation, lobbying, and debt – might be our biggest export. As Motti points out, this brand of capitalism is no longer an American model, or even a Western model as I had suggested in my draft. It has become “a global or universal value.”

Motti caught me with my antiquated perspective down, since I remember when this capitalist culture wasn’t as widespread as it is today. In the 1990s, I wrote about “cowboy economics” in several of my books and many of my articles, warning that we were promoting what many were experiencing as “brutal capitalism” in other parts of the world. This “stuck-in-the-past” perspective is dangerous, remembering things as they once were but not always as they are today.

While capitalism is not an American invention, the U.S. brand has become the defacto style, based on what many might call the Chicago School of Economics, and fueled by the market fundamentalism of Milton Friedman and others. Chicago macroeconomic theory rejected Keynesianism in favor of monetarism until the mid-1970s, when it turned to new classical macroeconomics.

One of the curious things about the School is their adoption of Scottish philosopher Adam Smith’s The Wealth of Nations, parts of which have become the “bible for market fundamentalists,” while failing to recognize Smith’s previous book, The Theory of Moral Sentiments. Smith (pictured right) assumed that humans possessed a certain morality and that this morality would prevail in the marketplace. He did not anticipate the greed and selfishness nor the lack of morals that would develop in the marketplace over the four centuries since his books were published.

Smith could never have envisioned the amount of legislation and regulation that would be put in place, largely as a result of fraudulent practices. A side effect of this has been more reliance on what is not illegal rather than on human conscience, leading to a “what-can-we-get away-with” attitude.

A second curious thing is how the Chicago School and its subscribers chant the mantra of “free market” when the market has actually been shaped by lobbying and legislation making it anything but “free;” it has been skewed and slanted to such a  degree that the rich keep getting richer while the poor keep getting poorer. This un-free and skewed marketplace is unsustainable; it will eventually lead to a relative handful of people with all the wealth and the vast majority of people with very little – a surefire formula for disaster.

So now the U.S. has the entire world utilizing its brand of capitalism, having adapted its formula for getting rich (if you happen to be one of the few), “cowboy individualism,” the rush to selling stock to the public, speculative investing, lobbying for special treatment, growing compensation gaps and other elements as part of its “secret sauce.” Might we ever get back to a truly free market – like Smith envisioned before his ideas were hijacked and bastardized? I suspect it will only happen when there is enough political will to reverse much of what has transpired since the late 19th century when the special interests started lobbying.

As mentioned in other recent writings, I suspect the shift could also come when the well-being of everyone becomes a higher priority than the needs or desires of any individual or special interest. This will be the tipping point.