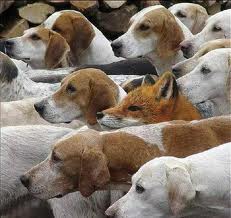 I recently drafted a short thought piece titled “Are We Ready?” and circulated it amongst a handful of consultants and thought leaders I know who are what I consider the real deal when it comes to bringing  about meaningful paradigm change or transformation in organizational cultures. The basis for the thought piece was 1) I feel a new imminence for a market breakthrough, with large mainstream companies suddenly clamoring for the levels of transformation that my colleagues and I write and speak about, and 2) most of the people who provide this level of transformation are not large international firms, so no single one of them would be able to marshal the resources to deliver lasting transformational work at scale.

Presuming my intuition is accurate and companies do start requesting true transformations in their cultures, I am concerned that clients may not get “the real deal” when it comes to seeking help. Here are a couple of examples from recent history when the essence of the transformation was left out and only the form was delivered:

When W. Edwards Deming introduced organizational transformation in the context of quality improvement in the 1980s, and the Japanese manufacturers starting kicking Detroit’s butt in the market place using his principles, U.S. auto makers jumped on the quality bandwagon. For the most part, however, they only integrated the form – what became known as quality circles – into their cultures, not the context – the powerful transformations possible at the corporate culture level. Conventional Western thinking respects form and content more than context so I can see why this occurred. But I also see that a huge opportunity was missed. This spilt between the sought-after transformation and the context-lite work actually delivered has been called a “decontextualization.” 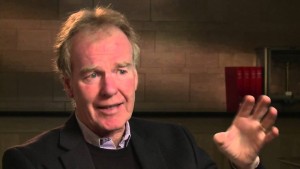 A similar thing happened in the 1990s when interest in learning organizations was sparked by Peter Senge’s best-selling book – The Fifth Discipline: The Art & Practice of The Learning Organization. Many practitioners and consultants rushed to fill the marketplace with various dilutions and knock offs of Senge’s model but few companies received the transformational benefits he was writing about. Again, most practitioners and consultants took what they could grasp with their Western-conditioned minds and gobbled it up. Mass transformations did not occur, however, because of this low calorie imitation of the real thing. Interest in becoming a true learning organization waned into another faddish campaign that failed to bring about much wanted change.

Study after study reveals that most corporate change programs fail, and this has been going on for decades! Tens of billions are spent each year on change programs and billions more are spent in lost wages while executives sit through various training programs some bright soul in HR brought in to foster better engagement, better performance, team collaboration, strategy redirection or whatever.

For any program to have lasting impact, to bring about any meaningful shift that is worth all this money and time, a true shift in the culture is required. For a corporate culture to change requires at least two prerequisites – powerful personal transformations in the people and ongoing practices that enable these individual transformations so they last rather than reverting to former behaviors, or return to “the way things used to be done here”.

Even when a program possesses the rigor and process to bring about powerful personal transformations, ongoing support that provides the practice and embodiment that is essential to maintaining the new culture is often dropped for budgetary reasons. The cost of follow-on support is usually quite small as compared to the up-front work so the savings aren’t all that great. But, frequently – in fact nearly always, the failure to provide this crucial support sabotages the program so the money spent is deemed wasted in the longer term.

Lasting transformations seldom occur like Saul’s biblical conversion on the road to Damascus or other kinds of epiphanies. They begin with profound personal shifts in worldview followed by an embodied practice that exorcizes old habits and patterns of thinking and behaving, and exercises new thinking and behaviors so the shift is sustained and lasts.