Last month I put on my futurist hat and arranged for a tour of the National Ignition Facility (“NIF”) at Lawrence Livermore Laboratories about 50 miles east of my home in San Francisco. I had been hearing about the experimental facility since it was commissioned five years ago and became extremely curious about their progress in the past few months.

I plan to write a more in-depth article in the coming weeks for The Futurist magazine but it won’t be published for several months given the lengthier lead times for print media. Here then is a brief preview of what I’ll be writing.

NIF is the world’s largest and most powerful laser facility ever built.

In the words of NIF, ignition “refers to the moment when a controlled fusion reaction generates more energy than is needed to spark the reaction: as much or more energy ‘out’ than ‘in.’ Achieving ignition would be an unprecedented, game-changing breakthrough for science and could lead to a new source of boundless clean energy for the world.” Here is a link to a two-minute video of how the process works. 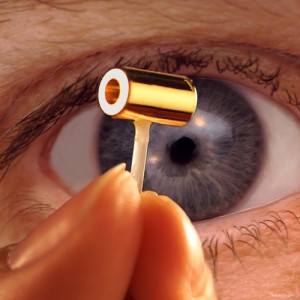 NIF scientists have been taking almost daily experimental “shots” – aiming 192 laser beams at a tiny capsule no longer than a dime, as shown in the photo above. All this takes place in an ignition chamber (see photo below) where all the laser beams are aimed. The challenge is to have all 192 beams strike the target within 30 trillionths of a second of one another! 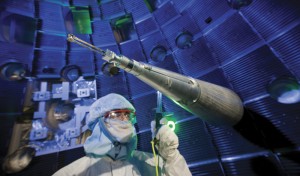 These experiments enable NIF researchers – for the first time in the history of science – to study the effects of extreme temperatures, pressures, and densities on matter. These are naturally occurring effects that exist only in the stars and deep inside planets – “Bringing Star Power to Earth” as NIF’s tagline reads. Each successive experimental shot provides feedback which enables the scientists to make the infinitesimal adjustments necessary to ensure greater precision the next time round. If they succeed in reaching ignition, they will be one giant step closer to making fusion power plants a reality. Such facilities will, according to NIF, “produce no greenhouse gas emissions, operate continuously to meet demand, and eliminate the need for spent fuel storage that fission power plants must address.” With this comes the added assurance that fusion power plants present no danger of meltdowns.

Because nuclear fusion offers the potential for virtually unlimited safe and environmentally benign energy, the U. S. Department of Energy has made fusion a major priority in the nation’s long-term energy plans.

I invited my business partner Tom Eddington, my long time friend and fellow futurist Peter Russell and my neighbor Marc Meyer, a computer scientist and venture capitalist, to join me. Our guide for the tour was Mike Dunne, Director, Laser Fusion Energy at NIF (see picture below). 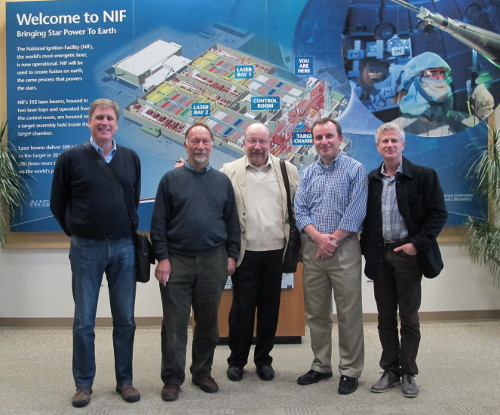 During our tour of the facility on February 10th we asked Mike when he thought the breakthrough to achieving ignition was likely to occur. He smiled and said, “Could be next year, next month or tomorrow.” Two days later, NIF announced a significant milestone towards ignition: “For the first time anywhere, we’ve gotten more energy out of this fuel than was put into the fuel.” I soon learned that the announcement concerned progress made months earlier. Their results had to go through peer review and then clear the national security embargo placed on findings from the experiments, all of which delayed the announcement. Nevertheless, I thought the timing of our tour was fortuitous in relation to this announcement. Since Reuters, Scientific American, Wired, NBC News and Science magazine all ran stories the day of this development, I was eager to share this news with my newsletter subscribers at the earliest opportunity.

Everyone involved realizes that fusion power as a practical energy source is a long way off yet the promise of a fossil fuel-free world makes it worth the effort to continue the experiments and pursue the dream.