[adapted from my latest book, The Great Growing Up]

Any conversation about consciousness must include some exploration of the negative aspects of the ego, both individual and collective. It can be challenging to write anything about this subject that doesn’t get psycho-technical, perhaps off-putting to the lay person. This article is meant for the lay person not the mental health professional so I’ll try to avoid too much psychobabble. However, we need to become more literate in matters involving consciousness if we wish to transcend our existing conditions and circumstances. 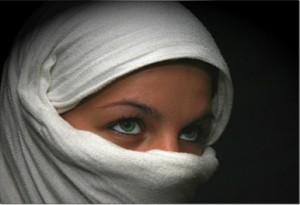 The negative ego has been defined as the “unobserved mind” and the “separated self,” referring to the mind’s propensity to seek identification with something outside of oneself.  Modern mystic Eckhart Tolle’ does pretty well addressing ego in lay terminology. He writes:

Ego is no more than this: identification with form, which primarily means thought forms. If evil has any reality – and it has a relative, not an absolute, reality – this is also its definition: complete identification with form – physical forms, thought forms, emotional forms. This results in a total unawareness of my connectedness with the whole, my intrinsic oneness with every “other” as well as with the Source. This forgetfulnessis original sin, suffering, and delusion. When this delusion of utter separateness underlies and governswhatever I think, say, and do, what kind of world do I create? To find the answer to this, observe how humans relate to each other, read a history book, or watch the news on television tonight.

If the structures of the human mind remain unchanged, we will always end up re-creating fundamentally the same world, the same evils, the same dysfunction…

Our egos like thinking we have things under control. They seek familiarity, stability, certainty and having things figured out. Taking a fundamentalist position is an expedient which allows the egoic mind to think everything is cool. The belief one holds is essentially a choice to make no further choices. Uncertainty appears to disappear. The downside of the fundamentalist position is that it becomes a barrier to further inquiry. Fundamentalism is a sham created by the ego to appear as though everything is under control and “tidy.” There are no loose ends and everything has been figured out “once and for all.”

A Course of Love refers to the “acceptable myth” or fairytale the ego perpetuates, refusing to accept anything more powerful than the egoic mind until we have “proof.” It states:

This is the insanity of the nightmare you choose not to awaken from. It is as if you have said I will not open my eyes until someone proves to me that they will see when they are opened. You sit in darkness awaiting proof that only your own light will dispel.

You do not stand separate and alone. At these words your heart rejoices and your mind rebels. Your mind rebels because it is the stronghold of the ego. Your thought system is what has made the world you see, the ego its constant companion in its construction.

What a perfect description of the present day human condition, the heart yearning for the connection to something existential and ineffable while the egoic mind rejects the very experience the heart is seeking. Talk about conflicted!

History is filled with examples of the human ego on the rampage. Nothing can be more evil or harmful than the unchecked human ego running amuck, especially when it expresses itself in the collective.

Nobel Laureate Amartya Sen tells us that when we identify with some cause, belief, group of people, ideology or movement we become capable of different behavior. We could have several or even many identities, or just one. However, the latter could lead to some dark behaviors. He writes, “…identity can also kill – and kill with abandon. A strong and exclusive sense of belonging to one group can in many cases carry with it the perception of distance and divergence from other groups.”  This can lead to dehumanizing “the other” and ruthless behavior such as genocide in one extreme to simple exploitation at a more benign extreme. While identity can “make an important contribution to the strength and the warmth of our relations with others” inside our group, it can also lead to evil acts. Sen continues: “Violence is fomented by the imposition of singular and belligerent identities on gullible people, championed by proficient artisans of terror.” A modern times icon of such a “champion” is Osama bin Laden. Hitler is another from a past era. Buddha said, “It is a man’s own mind, not his enemy or foe, that lures him to evil ways.”

The Church knew the “truth” when it ordered people to be burned alive if their opinion diverged even in the slightest from its doctrine. The Church’s narrow interpretations of scripture were considered “right” because the sinners were “wrong.” So they needed to be executed. Being “right” was more important than human life! And, as Tolle’ points out, “truth” can be simply a story you happen to believe in.

According to Tolle’, dictator Pol Pot of Cambodia ordered one million people killed including everybody who wore glasses! He writes, “the Marxist interpretation of history was the absolute truth, and according to his [Pol Pot’s] version of it, those who wore glasses belonged to the educated class, the bourgeoisie, the exploiters of the peasants. They needed to be eliminated to make room for a new social order.”

Tolle’ explains this nicely: “you won’t find absolute truth if you look for it where it cannot be found: in doctrines, ideologies, sets of rules, or stories…. Thought can at best point to the truth, but it never is the truth. That’s why Buddhists say ‘The finger pointing to the moon is not the moon.’ All religions are equally false and equally true, depending on how you use them. You can use them in the service of the ego or you can use them in the service of the Truth. If you believe only your religion is the Truth, you are using it in the service of the ego. Used in such a way, religion becomes ideology and creates an illusory sense of superiority as well as division and conflict between people. In the service of the Truth, religious teachings represent signposts or maps left behind by awakened humans to assist you in spiritual awakening, that is to say, in becoming free of identification with form.”

Dignitarian culture advocate Bob Fuller addresses the issue of fundamentalism thusly: “Fundamentalism of the imperious bent comes in a variety of flavors: moral righteousness, technological arrogance, intellectual condescension, and artistic snobbery, to name a few. It tends to be elitist, strident, domineering, supercilious, and overbearing.” He cites two examples of this imperious kind of fundamentalism: “the mantle of infallibility assumed by NASA officials who overruled the engineers on Challenger [resulting in the 1983 Space Shuttle disaster losing the lives of all seven crew]; the ‘commissars’ on the Nuclear Regulatory Commission who arbitrarily substituted their own judgment for that of the hands-on-experts at Three Mile Island” [which resulted in a nuclear meltdown in 1979].

It won’t work to criticize the people who are advocates of fundamentalist views as many do today. This gets us nowhere and only results in further alienation. Bob Fuller writes, “When adherents to any fundamentalist creed demonize dissenters as immoral or evil, they’re treading a path that leads to dehumanization, oppression, and in the extreme, even to genocide. When nonbelievers put fundamentalists down as naïve and ignorant, they are taking the first step down the same treacherous path.”

Fuller adds, “Inhabiting a post-fundamentalist world will not be easy. It requires breaking our dependency on ‘intoxicating certitudes,’ as it were, and finding our footing without recourse to absolutes.”

Former Roman Catholic nun Karen Armstrong, author of The Battle for God, subsequently pursued advanced scholarly work at Oxford University. Her work in the Middle East led her to explore the commonalities of Islam, Judaism and Christianity, and she was honored by The Association of Muslim Social Scientists in 2003 as a bridge-builder between these faiths. She has researched fundamentalism and found it is rooted in fear. She discovered fundamentalists get more entrenched when they think they are being attacked. The operative word in the last sentence is “think.” Exaggerated entrenchment comes when there is a perception or thought that one is being “attacked.” This might explain why fundamentalists get so agitated when they feel the slightest challenge to their credo, or even suspect one. This could be the genesis of that breed of zealotry than can kill, the “sin” German theologian Willigis Jaeger writes about.

Tolle’ points to the folly of making changes outside without doing our “inner work.” He writes, “The history of Communism, originally inspired by noble ideals, clearly illustrates what happens when people attempt to change external reality—create a new earth— without any prior change in their inner reality, their state of consciousness. They make plans without taking into account the blueprint for dysfunction that every human being carries within: the ego.”

While I have heard this tale told in several versions, I include it here because it describes the inner conflict so many people feel in confronting ego:  A Native American tribal leader describing his own inner struggles. A young boy was asking him questions as youngsters did to their elders. The elder said, “There are two dogs inside me. One of the dogs is mean and evil. The other dog is good. The mean dog fights the good dog all the time.” The young boy asked him which dog usually wins and, after a moment’s reflection, he answered, “The one I feed the most.”

Much of what has been written, by myself and others, can lead people to think of their egos as a part of themselves to be exorcised, to be rid of them. Alan Seale, Founder of The Center for Transformational Presence in New York State, writes about ego and the relationship between our souls and our egos in a very compassionate way. He asserts that the ego has “the enormous job of protecting you and making sure you are safe.” When it resists or attempts to control things, it may be that it has only a limited perspective to “ensure first your survival and then your success in the physical world.” He points out the physical world is what the ego knows, including the rules and structures of daily living, largely because the egos designed them. Seale distinguishes the role of the soul as having dominion over “the vast, unseen, nonphysical realms of Consciousness” which are largely unknown by the ego and therefore feared by it. Similarly soul “is totally at home in the vastness of possibility.” Then Seale makes a very powerful distinction:

Without ego as the physical component of being, soul cannot have a life in the physical realm. And without the expansiveness of soul, ego lacks inspired direction. So soul needs ego in order to have a physical world experience, and ego needs soul for its big-picture view.

Seale reminds us that many people place enormous expectations on the ego to take care of the soul but since the soul has the greater awareness:”….in truth, it is up to soul to embrace ego….The more soul can nurture ego, support its learning and growth, and give it the reassurance it needs, the more ego can begin trusting soul and its big ideas and desires.