Late last year I published yet another article about conscious leadership, this time incorporating several exemplars at the suggestion of my long-time friend Herman Maynard. It has since occurred to me and my partner in FutureShapers, LLC – Tom Eddington – that we would publish a new batch of exemplars each year as a part of amending the article. This yearly listing would profile people in various private and public sectors who act consistently with the principles of conscious leadership. The “yearbook” would allow us to get to know people who are walking the talk of consciousness as they lead others and live their own lives.

Here is the 2013 edition of the article. For some reason, this particular article seems to have grown some “legs” as the expression goes – as much as any of my writings have in the past. It is getting forwarded and posted to third party websites, generating some discussion and, hopefully, nudging people in the general direction of leading more consciously.

Concurrently over the past couple of years, we have noticed an expansion of the people involved in promoting conscious leadership to the point where I feel there is an actual movement underway – beyond a mere handful of us who have been at this for decades. The Conscious Capitalism Institute, with the support and resources of Whole Foods’ John Mackay, has certainly been a huge factor in getting this in front of many people and the wave has been augmented by the likes of the True North groups (Bill George and Doug Baker), the evolution of Young Presidents Organization (YPO) into YPO Forums, Heartland’s Art of Convening field of study, the global groundswell of interest in the Art of Hosting movement, and many other individuals and groups. Adding to this is the interest in mindfulness and the resources of a Google in its “Search Inside Yourself” program that promotes meditation, which in turn brings along many people who have had a spiritual practice to come out and join the growing acceptance of being with one another in a more mindful, conscious way – to be more awake in all that they do. 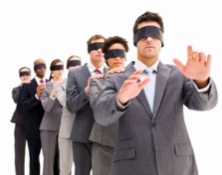 Another factor that might be playing a big role in this movement gaining traction is the growing collective awareness of the incredible wastes of money and time that conventional leadership development trainings and workshops have been. Yet companies have continued to spend tens of billions of dollars despite the clear evidence it doesn’t work. Hopefully, my article about this “folly” helped to raise this awareness (see article by Triarchy Press linked here).

Could this movement be “coming of age” and becoming a true sign of large scale change in our leadership paradigm? There are more people involved, with more focus on the leverage point – leadership – and more of a vacuum than ever before. From where I sit – with almost forty years of experience – I haven’t had this much hope for a paradigm change in many years.