Home » Mini-Keynote Editorials » 2013 » Not Seen, Because Not Looked For
Email
Print

During a recent conversation with some friends, a T.S. Eliot quote was paraphrased by a woman who has memorized many poems. I liked it so much I decided to look up the exact words. Here is what Eliot wrote as part of a larger poem, “Little Gidding”:

At the source of the longest river
The voice of the hidden waterfall
And the children in the apple-tree
Not known, because not looked for
But heard, half heard, in the stillness
Between the two waves of the sea.

Many of us fail to see things about ourselves and our lives because we are not looking for them. When we are focused elsewhere, whether it is a distraction, an addiction or a task, we miss noticing things that could serve our personal growth and development. 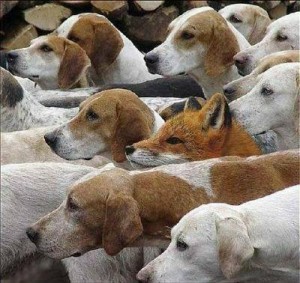 In the physical realm, I recall when motorcycles were becoming very popular in the late 1960s here in the U.S. and drivers of cars were not used to looking for them. A rash of car-motorcycle accidents started occurring. Distraught drivers would report “I never saw them!” and that was probably true because they weren’t looking for small, narrow, two-wheeled, fast-moving vehicles – a big difference from wide four-wheeled cars and trucks with which they were more familiar. Motorcyclists learned that turning on their headlights helped drivers see them. Eventually, drivers started looking for motorcycles as well as other cars and the accident rate fell.

On a personal note, I recall a time when I was part of a global community organization and prided myself on being a feminist and an advocate for feminine values. Six months after leaving this organization I realized how sexist the organization was. I was shocked that I hadn’t seen this before. But, I wasn’t looking for it, immersed as I was in the work of the organization.

As a long time scholar of social systems I am aware of this dynamic. Whenever one is immersed in any system – be it a family, company, club or community – one can be “blinded” to anything the culture of that system doesn’t want seen. “Systems denial” can be a powerful influence on people within any social system. Systems develop rules and ways of being that are “okay” and other ways that are “not okay,” subtle as they may be.

Systems can be created intentionally or unintentionally, the latter growing out of random bits of action or inaction that come together as if by accident. Most sticky systems problems have to do with those which were not created on purpose – unintentional ones – and therefore are not seen as systems. They aren’t being looked for.

All social systems influence people who are part of them. Most of these influences are not “seen” because they aren‘t being looked for. Researchers tell us we make 25,000-30,000 choices every day yet we most likely recall perhaps a dozen or so. The vast majority of those daily choices are the result of systems influences we have ingested over our lifetimes. They may be automatic, reactive, knee jerk with little or no conscious thought; you could call them unconscious choices.

In the Host Learning Retreats we run for FutureShapers, my partner and I ask participants to make a list of all the systems that have influenced them from their birth to the present time. In the few minutes we allow for them to do this exercise each person can easily come up with more than a hundred influences. If they take the time to be really thorough, as I have done, they would likely be very surprised by the number. I know I was and can only imagine how many of my own daily decisions have been affected by all those influences over the years.

Mindfulness is important if we don’t want to succumb to the influences of all the various systems with which we have ever engaged – influences which unconsciously affect every choice we make – for better or for worse. Genetics, pre-natal, childhood and early adulthood showered us with many hundreds of influences including parents, relatives, schools, peer groups, books, movies, television shows, religions, communities and many others, each having left their imprint whether we were aware of it or not.

Looking for those forces that are still active within us through self-reflection, gives us a better chance of recognizing them and then changing them if we so choose.