Thomas Paine*, the father of modern democracy, told us “we have the power to start the world over again.” Indigenous shamans teach that “the world is as you dream it.” What thoughts do you have when you read these words? Do they evoke an exciting possibility or are they simply nice ideas, nice words but not at all practical? Notice if you have already made a judgment as to the possibility for such a transformation. See if your own cynicism has been triggered or if some deep-seated skepticism may reside deep within you. As the late comic genius George Carlin used to say “Scratch any cynic and you will find a disappointed idealist.”

Where have our ideals gone? Many of us started off in life full of imagination and wonder-filled ideals. Then painful encounters with what we might label “reality” caused us to retract our idealism as a protective measure and join in with the masses who take solace in some degree of cynicism which masks their past disappointments and seems to make them more endurable. Now we call ourselves “realists” and tell ourselves we’ve “grown up.” We say things like “Now I see the world like it really is, not how I’d like it to be.” With these decisions we have sentenced ourselves to a lifetime of resignation – lives of limited possibility, what Thoreau called “lives of quiet desperation.”

Cynicism is a mental construct – a device created by the egoist mind – intended to protect us from additional disappointment and hurt. However, it also anesthetizes us from our true emotions – like love, joy and passion – emotions that make life worth living.

True visionaries refuse to imbibe in these anesthetics in order to numb the pain of earlier disappointments. Visionaries maintain their idealism even though it might mean some heart-wrenching shortfalls or outright failures from time to time. They are undaunted and continue to pursue their visions – filled with unadulterated idealism. They refuse to commit “cynicide” – soul death by cynicism – and suffocate their idealism. While they may drink from the bottle of cynicism on occasion to salve temporary despairs, they soon rally to sobriety and fully re-engage their dreams. 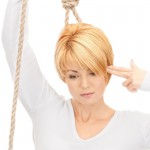 To paraphrase 19th Century Spanish philosopher José Ortega y Gasset, the cynic is “a parasite of civilization” and lives by denying his or her cynicism. At the same time, one cannot be disappointed if one subscribes to the cynical view. One can protect oneself from potential disillusionment by committing “cynicide.” Cynicism cannot fail if all you want to do is avoid the pain of disappointment and be righteous. But you’ll be partially dead inside, unable to muster much passion for anything.

We have far too many cynics in our world today. We need more visionaries. So let’s try to scratch through any surface of disillusion, dear reader, and see if we can find the visionary idealist that’s buried within us. Rather than engage in idealism as fantasy, let’s engage idealism as pragmatists and be “practical idealists” creating a world we want rather than living “quiet lives of desperation.”