Most great revelations and paradigm shifters come from ideas, technologies and people from outside the set or system in which we operate. Since the system in which we work – the one in which we feel most familiar – generally consists of people who think like we do, large scale shifts in consciousness are rarely created from within our set, our system or the map we are working from.

I am reminded of the story about the invention of the direct dial telephone. Before people could dial direct, they cranked the ringer on the side of the telephone and the local operator would come on the line and ask what number they wanted. The operator would then connect the caller using a switchboard. 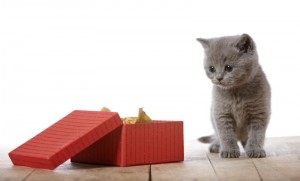 As the story goes, a local undertaker noticed a significant drop in business after the first telephones came to town. Puzzled by this phenomenon, the undertaker pondered how the two events might be connected. Then he heard that the other undertaker in town, his only competitor, was doing more business than ever. So why was his business falling off when his competitor’s business was booming? And, how did this tie into the recent installation of these newfangled telephones? Or, did it have anything to do with the phones?

Finally, a friend informed him that the person working as the town’s switchboard operator was married to the other undertaker. Suddenly, he saw the link between the telephone coming to town, his loss of business and his competitor’s boon.

The undertaker went to the telephone and cranked the ringer. When the operator picked up the line he asked her for the town undertaker. She did not ask him which undertaker or give him any choices. He was immediately hooked up to his competitor.

Out of this realization and motivated by preserving his own business, the undertaker soon developed a means for callers to dial the telephones themselves, without relying on an operator to connect them.

It occurs to me that business needs to look beyond its map for ways to evolve, looking to learn from other disciplines in a conscious way. Some of the recent business literature examines the new science, making comparisons between new discoveries in biology and recent observations from quantum physics and organization design and behavior. Margaret Wheatley, Fritjof Capra and Paul Hawken are just a few of the authors who advocate learning from the sciences.

I’m reminded of one of my favorite books – The Wisdom of Crowds – where the author concludes that far wiser decisions are made by a group of diverse perspectives than any “panel of experts” who often “groupthink.” Yet despite the evidence that supports his conclusion we continue to persist in defaulting to experts like ourselves.

Learning from outside the system offers immense advantages if the system can be open to new ideas, especially those that originate somewhere else. Business suffers from the arrogant “not invented here” syndrome as much as any other institutions do. However, as individual companies start seeking wisdom from outside the business paradigm, and put these lessons to use, more and more companies will follow suit.

This willingness to look beyond one’s map or system, to allow for learning to come from anywhere so long as it offers wisdom, adds to the literacy of business in these times of fierce competition and continuous rapid change. The illiteracy of business leaders is one of the biggest crises in the world from where I sit because it prevents them from recognizing alternative ways of doing business, blocks them from having breakthroughs in their consciousness and keeps them locked in an increasingly dysfunctional paradigm.

Learning from the sciences is still new to most business leaders and is certainly not yet mainstream inside organizations. This is the case despite the fact that business’ primary mindset has been based upon empirical, mechanistic, and scientific models ever since the word “management” was coined. Taylorism, the very foundation of modern enterprise, was the genesis of management and what is management if not repeatedly making things happen with greater and greater degrees of efficiency. Management is mechanical, getting predictable results following a technique or procedure that has been proven to be effective.

However, since Taylor, science has grown in many different directions while business is still maintaining its fundamentalist status in simple mechanics. Science has studied chaos and complexity while business runs from any idea that things can’t be projected with reasonable accuracy. Science has discovered that matter can be either a wave or a particle, depending upon a number of factors, including the observer. Business demands certainty.

Business literacy requires looking beyond the business paradigm itself into any realms where it can learn. And the new sciences are only one place where business can learn.

Some business adventurers have stuck their proverbial toe in the waters of psychology, looking at Maslow’s hierarchy of needs, including the need for self-actualization, Bateson’s systems theory, and Schaef and Fassel’s dysfunctional organizations. A few have tasted the world of mysticism, finding applicable wisdom from the likes of Rumi and Krishnamurti. Poetry by David Whyte, philosophy by Joseph Campbell and Jacob Needleman, ancient wisdom offered by Angeles Arrien and non-religious spirituality by Norman Lear and Thomas Moore.

Our modern complex world cannot be completely and healthily engaged by a business community still locked in the shackles of mechanistic approaches to problems. Twenty-first Century problems cannot be solved with 20th Century consciousness. A new business consciousness requires business leaders at all levels to expand their awareness to include the learnings from all other disciplines and stay current as discoveries and the subsequent wisdoms are revealed.