When we use the word tyrant we are usually referring to a despot of some sort, perhaps a dictatorial boss at work or the iron-handed ruler of a country. These are personal tyrants. They can be overthrown, fired, easily identified and replaced, even if a revolution is required to do so.
The Arab Spring has been largely about the oppressed rising to protest against this kind of tyranny, mostly in the form of once formidable personalities such as Egypt’s Mubarak, Libya’s Gaddafi or Tunisia’s Ben Ali, whose overthrow the first success of the pro-democracy movement in the Arab world. 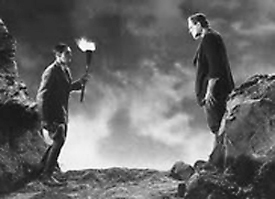 But tyranny exists in more insidious forms – forms with which we are less familiar and, therefore, less able to recognize and overthrow. We have no personality to point to or personage to revolt against. These are the systemic tyrannies, oppressive systems that are ingrained in the fabric of societies.
While supporters of the U.S. Occupy Movement may point to specific Wall Street bankers or Washington politicians and try to personify the oppression they are feeling, they are only doing what they know how to do – point the finger of blame at whichever people seem to be most in control. But systemic oppression is a less visible force which defies personification. There is no dictator or regime head to isolate as the primary cause to be ousted. We are not used to seeing systems as oppressive, only people.
Oppressive systems are a tapestry of tyranny, woven over years of manipulating the system to suit special interests, with the fingerprints of many weavers contributing to the overall effect. Each manipulation, each thread in the fabric, may have been a relatively harmless act by itself but the system as a whole eventually disenfranchises more and more groups of people while adding more benefits for the manipulators. As I wrote here in December (“Bad People or Bad Systems?”), each individual act may seem almost harmless in itself but, taken together with the sheer volume of all manipulations over the years, the system becomes not only dysfunctional but outright oppressive and tyrannical.
In my view this is what the Occupy Movement is protesting – systemic tyranny. While the Arab Spring have flesh and blood tyrants to confront, whether an individual or a regime headed by an individual, the Occupy Movement is confronting a corrupt and immoral system. The economic and political playing fields are not level. They have been subject to thousands and thousands of manipulations by thousands and thousands of different people over 250 years since our country was founded. The market is not free, despite the market fundamentalists’ contentions. The so-called “level playing field” of political and economic opportunity has been tilted to the advantage of a very few at the expense of so many that calling it a free market is one of the great lies of our time.
While we may not have an autocracy or a theocracy as do many of the Arab nations, we do have a corporatocracy, as John Perkins and others point out.
So let us see our tyrants in all their guises, not just pompous dictators as characterized by Gaddafi and Mubarak but also as complex systems that have gotten out of our control. Like Frankenstein’s creature we need to reel in our creations before they do irreconcilable damage to our country and the world.