‘The twentieth century will be chiefly remembered in future centuries not as an age of political conflict or technical inventions, but as an age in which human society dared to think of the welfare of the whole human race as a practical objective.’ – Arnold Toynbee*

Toynbee might have been on the right track but he missed the century. Perhaps his prediction will come to be in the 21st Century? In my view, it had better be this one and the sooner the better! We don’t have another ninety years to turn around all our crises worldwide. The window for changing course is closing and even the next few years could be pivotal. 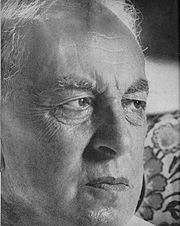 Back in the 1980s, a little more than a decade before the 20th Century was to end, a relatively small number of theorists and activists were writing and talking about paradigm change and shifts in worldview which we envisioned, much like Toynbee. In 1982, British futurist Pete Russell published The Global Brain, pointing to a consciousness shift he thought would take place shortly after the turn of the century. Many of us were working at bringing forth such a shift, much like midwives anticipating the arrival of new life. We drew diagrams of such paradigm shifts and listed comparative qualities of old and new (see my 1989 article), anticipating this historic shift in human consciousness.

We are now a decade into the “new” century and a valid argument could be made that we are no closer to a new paradigm than we were in the 1980s. In fact, it might be argued that such a shift is even further away than it was over twenty years ago when we considered it relatively imminent.

Over the past thirty years, my work has maintained pretty much the same focus, expanding from organizational transformation to include social transformation and now, in my new book, to species transformation. I am more convinced than ever that we humans have all we need to consciously evolve to a new level of civilization, to transform ourselves to higher planes of consciousness and relatedness with each other and our planet. This conviction stays with me despite all the crises and apparent devolutions in our systems and institutions.

What does remain a question for me is whether we have the collective will to make this historic shift in consciousness. For me, the jury is still out. In the course of my work I am frequently asked about when this shift I have been writing and speaking about all these years might occur. Since I call myself a futurist it doesn’t surprise me when asked such questions.

In recent months I have come to a conclusion that – while somewhat imprecise – might describe the condition in which such a shift might occur. The shift might occur when the well-being of the whole – all of humankind – is more important that any special interest. In this context, I mean “special interests” as ideological, religious, national, political, corporate or group interests which are advanced at the expense of the whole. In the U.S. Congress, this would mean the end of pork barrel politics. In the U.N. it would mean expanding from national to global citizenship. In business this would mean having the interests of the public take precedence over corporate profit-making. In general, this would mean placing the global commons – natural resources upon which everyone relies for sustaining life – as the highest priority, over any group, national or corporate interest.

Initiatives such as FourYears.Go are based on changing course by February 14, 2014. This about-to-be-launched initiative grabbed me with its stand for urgency. There are already hundreds of established dedicated organizations and institutions on board and soon there will be thousands who agree to instill this urgency into their plans and programs.

Might you have influence on such organizations or institutions? If so, why not look into FourYears.Go yourself and possibly join those of us who have signed on? Add your stand for urgency and perhaps we can revive Toynbee’s prediction.

*Arnold Joseph Toynbee (1889 – 1975) was a British historian who authored a twelve-volume analysis of the rise and fall of civilizations – A Study of History. He is often confused with his uncle, the economic historian, Arnold Toynbee.

**See this month’s blog at Global Dialogue Center entitled “Are the Frogs Waking Up?”