The following editorial is based upon an article submitted to The Journal of Corporate Citizenship in 2007, under a different title. 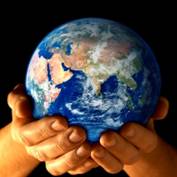 In many ways, humanity is still in its adolescent phase. After all, we humans are a relatively recent addition in the overall scope of the world’s evolution. Like problematic teenagers, we resist full adulthood and feel torn between our familiar childhood (the way things were) and the daunting prospect of being responsible adults.

Like teenagers, we may mature physically, but that doesn’t mean we will mature emotionally or mentally. As we may know from people in our lives, getting older does not mean we get wiser. Adulthood requires responsibility for one’s impact in the world – a stage in the evolution of humanity we have not reached nor accepted as a species. We still have our schoolyard scuffles (wars and crime), cravings for instant gratification (consumption) and can’t seem to keep our room clean (environmental degradation).

If you have teenage children, there’s probably been a time or two when you wondered if they were going to make it. You could see them straddling a proverbial fence, where they could fall on either side – become a young person their parents could be proud of or turn into delinquents, rebelling against becoming responsible adults in the world.

Humanity is at a collective “choicepoint” – a critical period in our evolution that can affect the entire future of our species.

The coming Age of Consciousness that British futurist Peter Russell writes about will not happen to us while we sit around watching television, half asleep, continuing to pretend we have no choices. It will happen with our full participation, when we wake up, invite it in and take full responsibility for whatever we create.

I’ve been in business all my life. I began when I was 18. After more than twenty years of challenge, fun and total independence I began to wonder why I was doing this. What did it all mean? There were so many problems in the world and I was all wrapped up in my tiny enterprises. What was it all about anyway?

While I was in this process of introspection, I co-founded a real estate investment company in the late 1970s and served as its Managing Director for several years while simultaneously exploring my life and my purpose. I embarked upon the “examined life.” After several years of significant and intense introspection I decided to commit myself to something bigger than just me – something that might have some positive impact on humanity.

I came to believe in the incredible power of human consciousness and how our “reality” is the product of how we think. I learned how consciousness creates reality. I learned how material reality is the product of the immaterial – our beliefs, concepts and ideas about how things are supposed to be. I could see that consciousness is causal – how our thinking creates the reality we perceive and these belief systems reinforce themselves unless something challenges them.

I saw how the world and our experience of it could be very different if we changed our thinking. I saw how my experience of the world could be very different if I changed my thinking, which I was starting to do. This was when I began to see the true possibility of a global transformation – a new reality that we could never attain by projecting a future based upon the past. After all, all the projected scenarios for the future were pretty bleak, even if the entire population of the world became aware of all the problems today! But through a paradigm shift – a true transformation in how we think about reality, each other and the world – an entirely different and new reality could be brought into existence. Despite there being little consensus for this perspective, I knew it was possible. I also knew that business has a critical role in the outcome.

In 1989, as if to prove that paradigm shifts do happen in modern times, the Berlin Wall came down. It was sudden and unanticipated. It was not organized. No one thing led to its fall but many different, seemingly unrelated things fell into place. The time came for the wall to come down and it did. No one planned it. No one predicted it. The East German soldiers who stood there bedazzled did not fire their guns as they might have a day or two before. There was a “field of possibility” that existed that day, when mass legitimacy for the Wall’s existence finally evaporated, when large numbers of people stopped allowing the Berlin Wall to be a serious part of their reality.

This was consciousness in action. One day there was a collective mindset that reinforced the old reality without allowing for the possibility of a new reality. The next day a new unspoken consensus mindset sprung forth, embracing the possibility and questioning why the old reality had been tolerated for so long. In the minds of so many people, the old reality lost all claims to legitimacy and was no longer acceptable.

It all happened in a “field,” not unlike a magnetic field, where sufficient numbers of people shifted their thinking and, presto! Old reality is gone; new reality is now “real.”

The Role of Business

Given the most influential institutions in the world are industrialized commercial organizations and the rest of the developing world is striving to emulate them, business is now the de-facto leader of global society. The modern corporation is presently influencing billions of people, affecting their values and priorities, and leading the way toward unsustainable living and consumption. This lifestyle is called modernity and people around the world are lining up to “catch up.”

With such power to influence comes responsibility. Stewardship goes with the territory. Businesses that do not accept responsibility for the impact they are having in the world – not just in their local communities or headquarter countries – are actively promoting a future most of us do not want for our descendents.

As the world becomes more enlightened about the possibilities for a better future, more discerning and less obsessive consumption, more holistic and less egocentric in its lifestyle, the marketplace will change drastically. As the global society gradually realizes that a second option – a future of yet-to-be-imagined possibility can be created, business’ customer base will be forever changed. When humanity takes the second option and elects to wake up and proactively embrace this social transformation, these companies will find themselves in the same fix as the dinosaurs, facing extinction in a world that is no longer hospitable for them to flourish.

Creating the Better Future: A Call for Conscious Leadership

In 1994, Industry Week magazine interviewed me for their “On the Edge” series. My stance about consciousness and business had struck a chord with the magazine’s former Editor-in-Chief – Perry Pascarella – who would be doing the article. The last person featured in this series was Francis Fukuyama, the author of The End of History, so I was quite flattered to be in such illustrious company.

To my surprise, the interview was published as a four-page feature, complete with a full-page color picture, accurate quotations and reasonably good editing considering the radical nature of the topic.

The article was headlined “Design a Better Future” http://renesch.com/publications/articles/design-a-better-future/ and its publication provided me with enormous credibility for my viewpoint. I was not only excited for myself and my work but I was also very excited about the business world’s receptivity for such esoteric ideas.

Through my experience I discovered the principle of “conscious leadership” and began writing about it regularly. It is a simple concept: leading others from a place of self-actualization, mindfulness and authenticity. Business leaders who embrace self-discovery and become self-actualized, mindful and authentic will be able to contribute enormously to a better future, healthier organizations and a much more sustainable environment. This is good business!

Creating a sustainable and positive future will come easier if the world’s most influential institutions recognize this possibility. Presently, most do not. The most dominant and influential institutions these days are most assuredly the commercial enterprise, the modern corporation. Economics drives everything these days as developing countries try to be just like us. If the rest of the world succeeds in doing everything “just like us” we will most certainly deliver the future we are headed for to our children and their children.

Businesses that keep their wagons hitched to this conventional path to an “inevitable” future might be in for a rude awakening in the coming years. On the other hand, those people and organizations who hitch up and lead us in creating the “future of possibility” may soar … lighting the way to a truly transformed world.

I am convinced that a preferred future – the future of possibility we all would prefer to the inevitable future – lies just outside of our present reality ….very possible if we change the way we think.

So, how do all these wonderful ideas get implemented? How does a business in today’s chaotic economic climate become conscious?

Recycling, participative management and cleaner manufacturing technologies are all helpful, but they are not in themselves paradigm-changers. They fulfill the need for people who feel better if they are doing something but they only extend the viability of the old paradigm, adding to its usefulness for another relative moment or two considering the evolution of humanity.

Within this field of possibility lies the creative energy that generates the processes that result in completely new realities. This field is where vision and desire lives. This is the place where the spirit of service hangs out. This is the field that ultimately generates the answers people are seeking. Strategies and practices and policies that originate out of the existing paradigm are doomed to failure – like rearranging the deck chairs on the Titanic while it continues on its way toward the iceberg.

Organizations that console themselves by adapting – accepting cosmetic changes without examining the underlying context for their existence and purpose – will die slow deaths. They will become extinct because they are out of step with evolutionary forces.

We in the West like our models simple, easy-to-comprehend and very tangible. But, there’s no easy five-step model or twelve phases or seven habits or any other simplistic way to achieve this change in how we think. The intangible and more complex matters like consciousness turn us off in business. This must change!

After all, we are dealing with a complex world, filled with complex systems. So we need to start thinking more systemically.

Once we change our thinking, we will all know what needs to be done to create the future we all want. We have plenty of technology and knowledge at our disposal. Once we see what’s possible and what we want to happen, we can do it. But it starts with the way we think and the consciousness we bring to our lives and our work.

No plan, no model, no concept can cause a real and meaningful transformation. Only people can, people who bring a new consciousness to the old problems – just like Einstein pointed out over half a century ago when he told us that we cannot solve our problems with the same thinking with which we created them. The people who bring in this new consciousness need not have great credentials or positions of tremendous influence. They do need genuine intention and willingness to think differently. These are the conscious leaders for the new millennium.

To achieve this transformation, to shape this historic paradigm shift, we need to start somewhere, sometime, with someone. Why not here and now, with you and me?

****************
John Renesch is a San Francisco businessman-turned-futurist and an international keynote speaker. For more information about his work, visit www.Renesch.com . To contact him, call 415-437-6974. This article is based on his latest book – Getting to the Better Future: A Matter of Conscious Choosing.