Using Heroes and Heroines While We Still Can

March 10, 1999 If you were paying attention to the recent literature of what might be called the “new paradigm movement” or the overlapping worlds of the New Age and business transformation movement, you’ve probably seen a now-famous quote by South African President Nelson Mandela. The passage is incredibly uplifting. It has been repeated by […]

January 13, 1999 I have now spent over a decade and a half of my life focused on the transformation of society and, in particular, nudging the business community toward taking a constructive leadership role to that end. This focus began in 1982 when I met Willis Harman, the late visionary and author who could […]

Hyper-Capitalism: What Ever Happened to Free Markets?

December 2008 In this issue: 1. Readers’ Comments 2. Newsbits 3. December Editorial: “Hyper-Capitalism: What Ever Happened to Free Markets?” 4. Preview: Next Month’s Editorial 5. Quote of the Month – James Thurber 6. Hot Link of the Month 7. Want to Blog? 8. Click and Play of the Month 1. READERS’ COMMENTS Thanks to […] 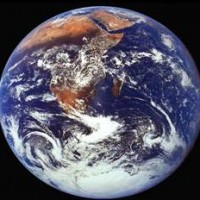 A Conversation with the Future

NOVEMBER 2008 In this issue: 1. Newsbits 2. November Editorial: “A Conversation with the Future” 3. Preview: Next Month’s Editorial 4. Quote of the Month – Emmet Fox 5. Want to Blog? 1. NEWSBITS Meltdown Wisdom Belgium banker Bernard Lietaer is posting papers on his website that shed lots of light on what happened and […]

Position Heal Thyself: How Unhealthy Commitments Keep Us from What We Want

October 2008 In this issue: 1. Readers’ Comments 2. Newsbits 3. October Editorial: “Position Heal Thyself” 4. Preview: Next Month’s Editorial 5. Quote of the Month – William H. Murray 6. Hot Link of the Month 7. Want to Blog? 8. Click and Play of the Month 1. READERS’ COMMENTS Thanks to Debby Edelstein in […]

September, 1998 In a recent discussion with a colleague we were comparing the maturity of humankind with the human being’s life cycle here on Earth. For several years now it has seemed to me that our species is still in its adolescence, an opinion I’ve expressed frequently in articles and speeches over the past eight […]

August, 1998 Our modern problems are no longer the result of single agents but numerous contributing factors. This is true for nearly all of our diseases, social aberrations and international conflicts. A single finger of blame cannot point to any one cause for today’s systemic abnormalities. To try to resolve these complex problems with outmoded […]

A Time for Integration

December 1, 1999 As the countdown draws near for the year 2000 and grandiose associations are being tossed about relative to the new millennium, I was recently asked what I thought might be unique about life after December 31. In contrast to the avalanche of claims that this product, this idea, or this book is […]

More on Spiritual Suicide: Response for the Critics

November 13, 1998 Prologue Ordinarily, my articles cover different topics but the last issue of Aha! provoked so much response – ranging from passionate criticism and disagreement to encouraging praise and appreciation – that I wanted to expand on what I wrote before. I’ve never had an article so widely-forwarded and re-published as Aha! #3. […]