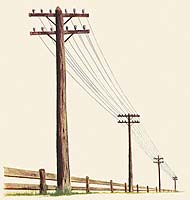 Each of the following organizations and people have some relationship with me. I have either been a member, an affiliate or a supporter of the organizations whose web sites are listed and linked here; I have either worked with, partnered or am well-acquainted with the people whose web sites are listed and linked below. Each link is accompanied by some descriptive text so visitors may read something about the site before they decide to go visit it. Have a good time!

Organizations
Acceleration Studies Foundation (ASF) : “Improving the Way We Look at the Future;” an educational nonprofit engaged in outreach, education, research, and selective advocacy with respect to communities and technologies of accelerating change; John serves as an advisor for ASF.

Alliance for a New Humanity recognizes at the core of its vision the unity of all life, and a wholehearted adherence to the noblest aspirations of humankind, as proclaimed in all spiritual and humanist traditions that call for compassion and the celebration of life; founded by Deepak Chopra.

AthenaOnline Business Knowledge Network is an Internet-based e-learning network for executives; affiliated with The Institute for Management Studies; Athena has produced a selection of video SmartBytes featuring a faculty that includes John, Russell Ackoff, Tony Buzan and other prominent authors and academics on a variety of topics.

Awakening the Dreamer Symposium: a four to six hour workshop that explores the link between three of humanity’s most critical concerns: environmental sustainability, social justice and spiritual fulfillment; hosted by Pachamama Alliance; allows participants to gain a new insight into the very nature of our time, and the opportunity we have to shape and impact the direction of our world with our everyday choices and action. John has participated in the symposium and added its mission as his own.

Berrett-Koehler Publishers, Inc.: Publishers of progressive business books; based in San Francisco, California; have published some of John’s created anthologies – two in paperback and one in hardcover.

Business for Social Responsibility: Membership organization of companies striving to be commercially successful while respecting ethical values, people, communities and the environment.

The Center for Leadership Studies : founded in the Fall of 2004, offers an accredited Masters of Arts in Organizational Leadership (MAOL) degree, in collaboration with the Graduate Institute of Connecticut; John serves as a member of their leadership faculty.

The Centre for Spirituality and the Workplace (established in 2004) is the first academic-based centre for spirituality and work in Canada. Housed in the Sobey School of Business at Saint Mary’s University in Halifax, Nova Scotia, the Centre is both a centre for academic activities and a centre of influence in the community, the nation, and the world.

Collective Wisdom Initiative came into being in 2002 with support of the Fetzer Institute and is attempting to call into awareness the field of collective consciousness; a group of self-selected individual writers, thinkers and practitioners working to build this discipline of collective wisdom, its study and practice; membership is open to anyone interested in this discipline. John is a member.

The Global Dialogue Center: a virtual gathering place for people throughout the world with a focus on leadership, professional and personal development — a place to think, question, explore new ideas, learn and connect with a purpose: helping us all become more effective leaders of our organizations, communities, schools, governments and families; John has participated in several GDC programs, archived on its website..

Global MindShift: Created in 2005, its mission is to help bring about a new era of cooperation and creativity on the planet; includes inclusive online conversations that make it possible for more and more people to creatively participate in forming new responses to natural and human challenges.

The Graduate Institute: Invested in the belief that transdisciplinary scholarship will give rise to new knowledge that is ineffably greater than the sum of its parts, The Institute is committed to creating graduate programs in emerging fields with an appropriate methodology for learning and teaching.

The Hoffman Institute: Offers the Hoffman Quadrinity Process – an intense eight day retreat that gets people in touch with mental, physical, emotional and spiritual parts of themselves at a core level. John did the Process in 1992 and is a strong advocate. Offered in various locations throughout the US. .

Institute of Noetic Sciences (IONS): A non-profit organization; founded in 1973 by astronaut Edgar Mitchell; researches and publishes papers on the development of the mind and consciousness; based in Petaluma; Willis Harman was president from 1977 to 1996, shortly before his passing. John is a long time supporter-member and has spoken at several of their events.

International Society for Philosophers: Based in UK and founded by Geoffrey Klempner, the Society’s objective is the promotion of philosophy for all and its practical benefits, primarily through the medium of the internet; publishes Philosophy for Business to which John has contributed articles.

The Long Now Foundation was established in 1996 to become the seed of a very long term cultural institution and hopes to provide counterpoint to today’s “faster/cheaper” mind set and promote “slower/better” thinking and to creatively foster responsibility in the framework of the next 10,000 years; founded by Stewart Brand; hosts monthly lectures in San Francisco; video archives available to members; John is a founding member.

MBA Oath is a voluntary pledge for graduating MBAs to “create value responsibly and ethically.” It began in June 2009. Our goal is to begin a widespread movement of MBAs who aim to lead in the interests of the greater good and who have committed to living out the principles articulated in the oath.

The Millennium Project of the American Council for the United Nations University is a global participatory futures research think tank of futurists, scholars, business planners, and policy makers who work for international organizations, governments, corporations, NGOs, and universities;

New Voice of Business is a newly-formed membership organization breaking the mindset of “business as usual” in order to create a better future. They believe in the enormous power and creativity of business and business people to step up to a new and positive leadership role in addressing the enormous challenges and opportunities facing our nation and world today. John is a member.

The Pachamama Alliance is a non-profit organization whose mission is to preserve the Earth’s tropical rainforests by empowering the indigenous people who are its natural custodians and contribute to the creation of a new global vision of equity and sustainability for all; founded by Bill and Lynne Twist. John is a “partner” (financial contributor).

Quoteland: A library of various quotes by John and many others on a variety of subjects; formerly “Land of Quotes;” founded by David Borenstein in 1997; offers products such as coffee mugs and plaques on which quotes can be engraved.

Search for Common Ground: Founded in 1982 by John Marks, works to transform the way the world deals with conflict – away from adversarial approaches and towards collaborative problem solving; its global projects and initiatives deal with cross-border and cultural conflict issues. John is a supporter and friend to the Marks and Search.

The Shaping Tomorrow Foresight Network helps members to help each other anticipate change, explore best practice and co-create the future through this public site and our main site; members include leading future thinkers, strategists, and change agents from commercial, not-for-profit and governmental organizations around the world as well as many directors and executives. John is a member..

Systemantics , The Underground Text of Systems Lore: Four editions of this little-known book that takes a tongue-in-cheek look at complex human systems and how they behave (or misbehave); looks at how systems work and especially how they fail; John’s favorite book on systems; written by John Gall.

Earl Bakken , founder of Medtronics, Inc., not only invented the world’s first wearable, battery-operated external pacemaker, he helped launch the modern medical-technology industry; with a mission to use science to benefit humankind, he has a deep sense of spiritual calling, an understanding of his purpose on this earth.

Riane Eisler is a contributing author to several of John’s anthologies, co-author of The Partnership Way and founder of the Center for Partnership Studies; her best known book is The Chalice and the Blade; Riane is a visionary who foresees a future in which neither the masculine nor the feminine dominate the other.

Sally Helgesen is the author of five books, including The Web of Inclusion: A New Architecture for Building Great Organizations, which was cited in The Wall Street Journal as one of the best books on leadership of all time, as well as The Female Advantage: Women’s Ways of Leadership.

Kevin W. Kelley: artist and entrepreneur with an ability to effectively translate complex information about our existence into simple but powerful visualization that conveys deep intuitive understanding; author of the New York Times best selling book The Home Planet.

Stewart Levine: a practicing lawyer Stewart realized that fighting was a very ineffective way of resolving problems; now widely recognized for creating agreement and empowerment in the most challenging circumstances; founder of Resolution Works and author of Getting to Resolution: Turning Conflict into Collaboration and The Book of Agreement.

Bernard Lietaer, Research Fellow at the Center for Sustainable Resources of the University of California at Berkeley; author, The Future of Money, former Belgium banker, currency trader and fund manager; expert in alternative currencies;

Alan Parisse is a long-time friend of John’s; named “One of the Top 21 Speakers for the 21st Century” by Successful Meetings Magazine and one of a select group to be inducted into the National Speakers Association’s Hall of Fame, Alan also offers The Speaking Intensive workshop – “an extreme makeover for presenters;”

Michael Ray: A friend, a contributing author to several of John’s anthologies and his co-editor for The New Entrepreneurs book, Michael started Insight Out Collaborations to offer companies programs based on his Creativity in Business course which he started at Stanford Business School in the 1980’s.

Peter Russell : Futurist; author of The Global Brain Awakens as well as The White Hole in Time; based in California and Great Britain; consultant, speaker, writer; title of homepage is “The Spirit of One;” Pete is a contributor to John’s yet-to-be-published anthology, The Conscious Organization; his latest book is From Science to God.

Martin Rutte : Co-author of Chicken Soup for the Soul at Work, Martin’s primary focus for his public speaking and consulting work is ‘spirituality in business;’ Martin is a Canadian living in Santa Fe, NM..

Howard Thurman (1900 – 1981): author, philosopher, theologian, educator and civil rights leader; co-founded the first racially integrated, intercultural church in the United States, the Church for the Fellowship of All Peoples in San Francisco; John is a member of the Church and a scholar of Thurman’s work.

Peter Turla : A long-time friend of John’s who specializes in corporate trainings and workshops; co-author of Time Management Made Easy (with Kathleen Hawkins); heads up National Management Institute, based in Texas.

Lynne Twist : Co-author of The Soul of Money, former Hunger Project funding director, IONS Board of Directors Co-Chair, and co-founder with her husband Bill Twist of the Pachamama Alliance (see Organizations links above); a long term friend of John’s, who quotes her in his book Getting to the Better Future.