In the 1960s and 1970s when the human potential movement was building a head of steam, the idea of being responsible for your reality was a radical idea, one that was resisted by millions as they dipped their toes in the water of self-discovery and self-examination. Then it was fairly common to have scapegoats and to blame people or situations for all our problems and life being other than we wanted.

It soon became out of vogue to continue blaming others and more fashionable to examine one’s own role in the conditions in one’s life. More and more people started recognizing how they responded to conditions was entirely within their power. They could complain about it, cry about it or do something about it. 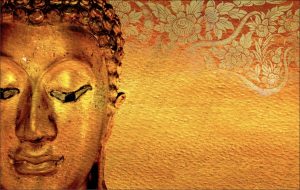 In recent years, the human potential movement has evolved. In the late 1970s and early 1980s spirituality caught the attention of many, with practices from the East starting to become popular, practices such as meditation, Tai Chi, yoga and various  forms of Buddhism (Zen, Tibetan, and others) helped to raise the consciousness of millions.

I started using the word “consciousness” in the mid-1990s, after seeing people’s suspicious reaction to the word “spiritual.” I often saw people recoil when I talked about spirituality as if I might be an evangelist of some sort and try to convert them to my brand of belief. When I used the term “consciousness,” people seemed to lean in, curious about what I meant by the term and appeared to be much less put off.

In recent years, the term “conscious leadership” has been trending, gaining popularity in books, articles, conference themes and other formats.

It is worth exploring responsibility in this new context – the context of conscious leadership. As this movement matures, one of the ingredients is how many people are holding this new responsibility as a sacred covenant, not as an obligation as we did several decades ago but as part of a sacred space we respect and cherish as one does with covenants.

So responsibility has gone sacred. It is held in reverence like one might hold their relationship with “source,” their God or whomever they hold reverence for.