Home » Mini-Keynote Editorials » 2012 » Our Biggest Sin: Pretending We Are Separate When We Are Connected
Email
Print

What philosophers and mystics have been saying for years is now being confirmed by science. What indigenous people have known for millennia, modern researchers are now validating. We are all interconnected and “inner connected”. The ancient African philosophy unbuntu believes that my humanity, my beingness, is tied to yours…I hurt you, I hurt myself. 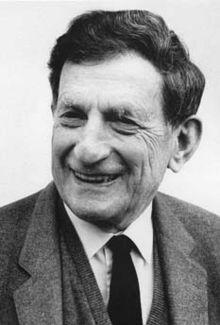 The late theoretical physicist David Bohm writes, “Yourself is actually the whole of mankind…If you reach deeply into yourself, you are reaching into the very essence of mankind.”

Last year I began a speech by reading a piece by Alan Cohen called “Sing Your Song”. Here’s a link to the story. It tells of a practice in an African village where each person was given a song unique to them. And everyone in the village knows everyone else’s song. Imagine that! In today’s modern world we’re lucky to remember the names of people we work with or friends, much less their individual songs. This practice empowers connectivity amongst a community.

Every time we complain about “them” or say “they” did this or that we are speaking about ourselves. Ultimately, there is no “they.” There is only “we.” At times, we may pretend to be separate because we can rationalize dismissiveness, dislike, hate, or even murder if we convince ourselves those people over there are separate from us.

Charles Eisenstein writes about the “Age of Separation” we have been living in for centuries coming to an end in his new book Sacred Economics. He writes about the economy of separation which artificially divides us and is unsustainable, destined to collapse of its own dysfunction. Separation is a human construct.

Lee Glickstein teaches professional speakers how to connect with their audiences and publishes Relational Presence Journal. He cites philosopher Martin Buber who wrote “that our relationship doesn’t live in me or in you, or even in the dialog between the two of us. Rather, it lives in the space between us.” Glickstein writes, “Giving scientific credence to Buber’s ideas is the new field of Relational Neurobiology that refers to the resonance between two minds as ‘the brain bridge.’ When two limbic systems resonate together, both central nervous systems calm down….The meeting of two human presences beyond personality is the quintessential human experience, and now even science knows that only in being with each other is our essence revealed.”

More from Bohm: “At present, people create barriers between each other by their fragmentary thought. Each one operates separately. When these barriers have dissolved, then there arises one mind, where they are all one unit, but each person also retains his or her own individual awareness….That one mind will still exist even when they separate, and when they come together, it will be as if they hadn’t separated.”

I’ll close with a quote by Albert Einstein on the notion of separation as delusion – one of my favorites: “A human being is part of a whole, called by us the ‘universe,’ a part limited in time and space. He experiences himself, his thoughts and feelings, as something separate from the rest – a kind of optical delusion of his consciousness. This delusion is a kind of prison for us, restricting us to our personal desires and to affectation for a few people near us. Our task must be to free ourselves from this prison by widening our circles of compassion to embrace all living creatures and the whole of nature in its beauty.”