In this context, “narrative” is just a fancy word for the story we tell ourselves about something or someone. It may or may not be accurate or truthful but “our story about” is usually important to us. It is this emotional attachment to the story that causes suffering. Let me provide an example.

Say someone close to you dies. Let’s also say they die by their own hand – suicide. I lost several friends to suicide in my teens and can still remember the feelings and thoughts that accompanied these tragedies.

Largely, I recall thoughts of “if only…” These are thoughts that are based on the underlying assumption that if I knew they had been planning to kill themselves I could have prevented it. This was my narrative, my story about what happened.

This “if only” narrative, quite common when suicides occur, causes lots of suffering. While the painful emotions of grief and loss are natural feelings at times like this, suffering comes from our thinking, dwelling on the narrative – the story we make up about what might have happened. As the Buddhist saying goes, “Pain is inevitable, suffering is optional.” 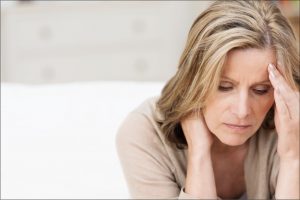 Let’s look at this “if only” narrative and test its accuracy. The assumption is that there was a real possibility that the survivor could have prevented their friend or loved one from killing themselves. This is a HUGE assumption (and a somewhat arrogant one at that) suggesting there’s some negative ego behind the thinking. There’s also arrogance in thinking the survivor knows how the future should unfold, and assuming not only that he or she knows what the future is supposed to be but they have the power to change it.

Narratives don’t just show up around suicides; they pop up whenever there’s an event that the thinker doesn’t think should be happening – the election of an unwanted politician, the breakup of a marriage, the loss of a job, a friend moving away or a loved one diagnosed with a terminal disease. Painful responses to all of these events are natural emotional responses but the story in our heads about what it means and how it should be different is just that – a story – and that is what causes us to suffer.

One example that we’ve witnessed over the past decade here in the U.S. has been people’s narrative about whomever is occupying the White House. When Barack Obama was elected President in 2009, a common narrative emerged from conservatives in Washington that spread quickly throughout the nation. Based upon widespread fear, the narrative evolved into a collective effort amongst Republicans to block any legislation or initiatives the new President might attempt to get through. It was a complete obstructionist strategy – all based upon a story that Obama was going to ruin the country, build even more government bureaucracy and weaken the U.S. in its standing in the world.

Eight years later, Donald Trump is elected to the White House and the progressives create their narrative, also steeped in fear – Trump will ruin the country, rescind most of the environmental safeguards developed during the Obama years and embarrass the U.S. in the eyes of the rest of the world. Opponents to the Trump administration have created angst, despair and projected disasters based on speculation – all part of the story they have created to justify their fears. Sound familiar? Same process; different people.

In both cases, the events were the U.S. elections of 2009 and 2017. Depending on who you liked or didn’t like, it is normal to have feelings about these events – joy and enthusiasm if the election was to your liking, sadness or disappointment if it wasn’t. These are normal feelings to have.

But the major suffering over politics being endured by so many people over this past decade comes from their stories about what these elections meant. In both cases, the stories included crystal ball gazing into the pathological motives of the two men! All this angst is built on fear of what people think will happen. Not only is the suffering self-generated, it is at least partially based on fiction and speculation. Much of it is not even true!

Worry is often based on a false narrative, speculating about something unpleasant happening that may never occur. I have heard the expression that worry is a terrible waste of imagination. We imagine some horror occurring and make that part of the story we tell ourselves. Any wonder why it leads to suffering?

Running through various scenarios of how things could or should be different is a mind game, generated by our negative egos which end up causing us that optional suffering the Buddhists talk about.