It Isn’t a Question of Intention But Who is Doing the Intending?

Home » Mini-Keynote Editorials » 2008 » It Isn’t a Question of Intention But Who is Doing the Intending?
Email
Print

In this issue:
1. Readers’ Comments
2. Newsbits
3. September Editorial: “It Isn’t a Question of Intention But Who is Doing the Intending?”
4. Preview: Next Month’s Editorial
5. Quote of the Month – William James
6. Hot Link of the Month
7. Want to Blog?
8. Click and Play of the Month

September Blog on “Lessons From Bucky”

In my monthly blog at the Global Dialogue Center, I’m taking a favorite quote from Buckminster Fuller and elaborating a bit based on his life’s work. You are welcome to check it out and post your comments

During the peak of the human potential movement I wrote a book called Setting Goals which defined the art and practice of effective goal setting. The movement was stressing the importance of intention which most of us took to mean our intention, as in our personal motive. The promise: if we could reveal our deepest intent we could manifest anything.

Many opined that even people manifesting negative circumstances in their lives should be willing to accept responsibility for causing that reality, inferring that if you did the work and cleared up your stuff you could manifest positive realities instead of negative ones. The inference: if you could “disappear” or “process” your resistance to having the life you claimed to want you would get it. This sold many workshops, trainings, therapy sessions and self-help books.

I recall several sessions with a Dianetics practitioner who, watching my galvanic skin responses on an E-meter (see picture), asked me questions as I held onto two “tin cans” in my hands. The goal was to get “clear” of any “charge” on various life issues and develop a non-reactive mind so intentions will be unencumbered. 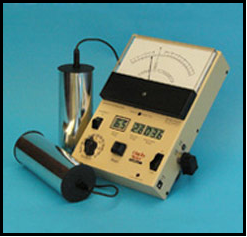 In the new generation of human potentiality, some look for what intention they plug into, or as we used to say “what wants to happen.” This makes the intender somewhat amorphous, lacking any clear identity. So if someone gets passionate about ending hunger or peace-building in the
world they might say they are tapping into hunger wanting to end or peace wanting to happen. Some liken this to a field of intentionality, like a magnetic field or morphogenetic field as in Rupert Sheldrake’s “morphic resonance,” telepathy-type interconnections among living organisms.

When elephants headed for higher ground in Indonesia prior to the 2004 Tsunami hitting the shore, when dogs get jumpy before an earthquake, when flocks of birds turn on cue all at once, we can see some form of communication/field occurring we don’t understand. Perhaps humans once had this sensitivity; I happen to believe we did. Some may still possess it.

The 2007 movie “August Rush” was a brilliant depiction of a young boy being so open and receptive to what wants to happen he picks up music from “out there” and simply writes it down or performs it. He’s seen as a creative genius by the rest of the world. Yet what he hears isn’t his original composition. It is what he picks up from “out there.” Perhaps Beethoven or other creative geniuses were like this but we tend to see them through the lens of personality, the source of intention not the receptor of intention. I left the theatre after seeing “August Rush” with tears continuing to stream down my cheeks I was so touched by this depiction of how creativity may come into being. It was a significant spiritual high for me. 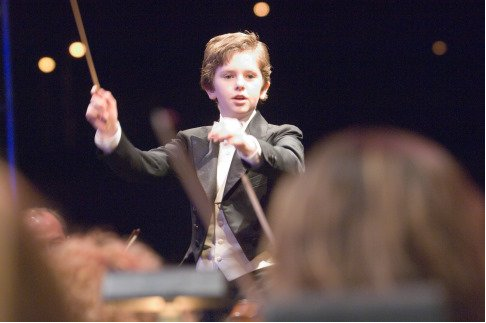 A spiritual perspective might define it as “God’s will” or the Universe’s intention – the “out-there-ness.” By being receptive and open to that “intention of all intentions” one can align with it in the spirit of service thus feeling as if one is in the flow with life, “at one with” their life force. For me, this is what young August Rush did in the movie.

One of the downsides of the “me generation” and much of the human potential movement was it allowed our egos to get inflated, particularly in the highly-individualist culture of the U.S. “It’s all about me” replaced much of the community commons consciousness so prevalent in other cultures. I remember a conversation a few years ago with a woman raised in another culture half way around the world. She was telling me how her people put the good of their community first; then they focused on themselves. Many of the indigenous cultures include philosophies like “my humanity is tied to yours” or words to that effect. In America, we seem to aim for personal success first and then, if we are noble citizens, we “give back” to the community. But we put ourselves first. We have been brought up in this kind of culture, to be individualistic and have a “brand me” identity.

We humans tend to take credit for any positive result that happens around us. Perhaps we are simply tapping into something we don’t understand or recognize. What if it is simply the field we are standing in? Or what if it is the “music we heard” and we simply start giving it form like August did?

What if it was our receptor sensitivity making us creative and exceptional not our clever minds? Who’s intention is that then? Who is doing the intending – who is the intender?

5. QUOTE OF THE MONTH:
“A great many people will think they’re thinking when they are merely rearranging their prejudices.” – William James
6. HOT LINK OF THE MONTH:

Canadian Index of Wellbeing is a transformational initiative that will report on the wellbeing of Canadians. It also plays a role in the global movement toward more holistic ways of measuring the progress of societies
7. WANT TO BLOG?