In this issue:
1. Newsbits
2. February Editorial: “Becoming a Pragmatic Idealist”
3. Preview: Next Month’s Editorial
4. Quote of the Month – Gelett Burgess
5. Hot Link of the Month
6. Want to Blog?
7. Click and Play of the Month
1. NEWSBITS

Earlier this month I attended a Thought Leader Gathering in San Francisco where Elliot Hoffman and Meredith Beam, co-founders of New Voice of Business explained the vision and purpose of this young organization. I was very impressed with their ambitions, strategy and philosophy. I joined as soon as I got home. Presently, they are a regional membership organization with plans to launch nationally this Spring. Four distinguishing characteristics stand out for me: 1. membership is free or you can pay, so there is no barrier to participation; 2. members are (those who define themselves as business people (companies cannot join); 3. members are invited to initiate, participate and lead; and 4. they will grow into a substantial body of influential, capable and visionary people – like hundreds of thousands! Join me. Join us!

A Systems View of Corporate Culture Change is being published in this month’s issue of the UK-based The Ecologist magazine; not yet available in the magazine’s online archives the link here is to John’s original unedited manuscript which was submitted.

Sedona Meeting of the “Wise Ones”

I just returned from Sedona where I was one of sis or seven people featured in the movie “In Search of the Future” who converged in the Arizona desert for a one-day talking circle plus a two-day retreat with others featured in the film; mathematician and Chaos Theory pioneer Ralph Abrahams and I were the white guys among a group of Native American shamans, Peruvian and Hawaiian elders, with influences from Mayan, Hopi and other indigenous cultures. Intriguing, stimulating and exciting dialogues, shared experience, party, song and dance. I came away with a new soul-sister and a new brother who happens to be a delightfully playful Yaqui Chief.

At this time in the evolution of civilized society we could use some old-fashioned idealism to counteract the pandemic of cynicism spreading about the state of the world. Some avoid cynicism by basking in the glow of individualism, seemingly oblivious of the long-term outlook for the human family as they focus entirely on their own futures. Anyone looking out for the health and well-being of the human of tomorrow, and the environment they will inherit, may find cynicism a palliative attitude.

The type of idealism I’m calling for is not that pie-in-the-sky naiveté we often associate with immature idealism. The kind of idealism I’m calling for is very pragmatic. After all, what could be more pragmatic than making course corrections that will reverse the multiple negative trends which promise to seriously impact our species. Beyond survival, a strong dose of idealism could also bring about a transformation to a whole new way of being together in this world. 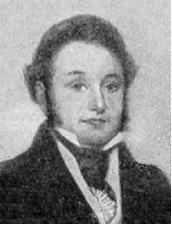 Lorenzo de Zavala (1789-1836),
Mexican colonizer and statesman
who was called “The Pragmatic Idealist”
in a 1996 biography by Margaret Swett Henson

Having my roots in business from the age of 18, and learning to survive some pretty threatening conditions as a child, pragmatism is hard-wired into my DNA. Until the mid-1980s I was steeped in balance sheets, business plans, strategic planning and other everyday business activities.

When I started having concerns about the future of humankind I did not leave my pragmatism behind. What could be more practical than ending the nuclear arms race which first prompted me to make a major career change in the early 1980s. It seemed so obvious the US and USSR were perpetuating ever expanding cycles of insanity and no one seemed to be doing anything to end it. While this insanity was the fatal flaw for the Soviets, and their empire unraveled, the fate of the American empire remains to be seen.

We need pragmatic solutions to our present-day problems, those behaviors ruining our environment and eroding our ability to survive and maintain any qualities of modernity. What better prescription than injecting some mature vision for a better world? I am a pragmatic dreamer. Dreaming big right now can be challenging since dreamers subject themselves to criticism, ridicule and rejection as serious thinkers. They also can spark huge change. King, Mandela and Gandhi all dreamed big.

These times call for big dreamers, pragmatic idealists who know what it takes to make something happen and who possess the chutzpah to dream the big dream. The founders of the U.S. knew how to dream big. Influenced by Thomas Paine’s bestseller, Common Sense, they were able to hold the vision Paine inspired “to create the world over again” and established the world’s first modern democracy on a new continent. Like those founders, we can create the world over again.

History tells us great dreams have been shared by many leaders who contribute to their shared vision in unpredictable ways. While sometimes a messy process, it can be as unique as people’s personalities and experiences. If the dream is big enough, these co-dreamers don’t concern themselves with how they will achieve it. The power of the dream is sufficient so those who’ve embraced it know the means will be invented in the process. The idea wants to be realized; it has its own creative force which is shared by these visionaries.

The next step in human evolution wants to happen now! All that’s required is for pragmatic idealists to dream the dream of a world that works for all and start acting consistent with this dream, in everything they do and say. So wake up that idealist asleep within you and abandon any cynicism that has crept into your outlook. Brush the cobwebs off your ideals and dare to dream a better world…not a fantasy dream but a pragmatic one.

Here are some words of wisdom you may find inspiring, elixirs for your inner idealist:

You see things and you say, ‘Why?’ But I dream things that never were and say, ‘Why not?’
George Bernard Shaw

I like the dreams of the future better than the history of the past.
– Thomas Jefferson

Not much happens without a dream. And for something great to happen, there must be a great dream. Much more than a dreamer is required to bring it to reality; but the dream must be there first.
Robert Greenleaf

3. NEXT MONTH’S EDITORIAL: “Gratification on Demand: Fuel for the Consumptive Culture”

4. QUOTE OF THE MONTH:
“In the last few years, if you haven’t discarded a major opinion, or acquired a new one, check your pulse. You may be dead.” – Gelett Burgess

5. HOT LINK OF THE MONTH:
New Voice of Business is a newly-formed membership organization breaking the mindset of “business as usual” in order to create a better future. They believe in the enormous power and creativity of business and business people to step up to a new and positive leadership role in addressing the enormous challenges and opportunities facing our nation and world today.

6. WANT TO BLOG?
My blog – “Exploring the Better Future” – is located at the Global Dialogues Center; take a look and post your comments. I’d love to hear from some of you subscribers!

7. CLICK & PLAY OF THE MONTH: (see Audio and Videos)
“Choicepoint: the Future Is Now:” VoiceAmerica Business radio with Cheryl Esposito