In this issue:
1. Reader Comments
2. Newsbits
3. May Editorial: “What Price Stability? Trading Fulfillment for Familiarity”
4. Preview: Next Month’s Editorial
5. Quote of the Month – Socrates
6. Hot Link of the Month
7. Want to Blog?

Thanks to Yvonne Porter in Canada for her comments on April’s editorial “The Tyranny of My Ego” as well as passing on the Alan Cohen quote: “The ego is simultaneously enamored with its self-appointed magnitude and terrified at its real ineptness.” Thanks also to Dorothea Kraemer in Germany and Larry Jensen in Sedona for their comments. And for the “high fives” from John Scherer in Seattle, Dr. Makói Zita in Hungary, David Banner in La Crosse and Brandon Peele, recently returned to the San Francisco Bay Area.

The recently added “Audio & Videos” page on my website continues to change constantly; now it contains inspiring, humorous and provocative video clips as well as interviews; check it out at Audio & Video.

Since email addresses are the only requirements for people to subscribe to FutureShapers Monthly, there are no age, gender or profession data. However, some email addresses sometimes reveal the countries and organizations from which people subscribed. Most are private addresses. Here are some listings of these two categories compiled last month.

Business News Network (BNN) in Canada interviewed me when I was in Toronto to speak at the annual human resouces conference in January. On April 24th they aired the interview; here’s a link to BNN’s archive if you want to watch it.

On April, I co-hosted my first “Skypecast” with Debbe Kennedy of Global Dialogue Center and it was a blast! We did it again last week. Any Skype user can join the one-hour conversations which I helped to prime. Skypecast is in beta test so there are still a few bugs. We had a couple of people from China, at least two from India, people from Sudan, Taiwan, Canada, Sweden, The Philippines, UK and who knows where else. We plan to do it regularly now. May 10 is our planned next date so if you use Skype please join us.

(adapted from John’s forthcoming book with the working title The New Human: Beyond the Naked Ape)

Being a student of systems thinking since the late 1970s I have come to realize one of the first priorities of any system is to stabilize. They seek equilibrium. Whether the system is a company, a local community, sports team or weather system it seeks stability and a sort of systemic comfort level with “the way things are.” In human-made systems, this amounts to familiarity and predictability where people in the system can rely on things to be just about the same as they were yesterday. They can have certainty about the situations they encounter so surprises are minimized. When you ask people how things are going, notice how frequently they make relative references such as “not as bad as yesterday” or “pretty good” (as compared to some standard they have set in their minds). 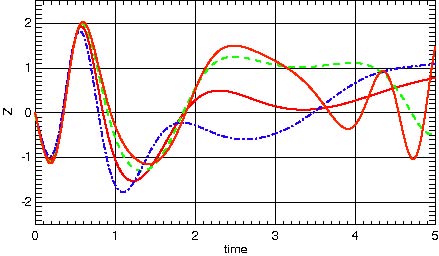 When things can be predicted to go pretty much the way people expect them to, our minds can relax and have some certainty. But are we happy? What price are people paying for such predictability?

I awoke early the other morning with these questions blaring in my head. People trade their happiness for stability in their lives, giving up aliveness for predictability or comfort.

Years ago when I was teaching goal setting seminars, we spent a fair amount of time looking at personal mental comfort zones. Everyone was pretty familiar with their lower limits: that is when things got too bad, ie, too little money, too much pain, too lonely, etc. What surprised people was the upper limits they had placed on their comfort, getting uncomfortable when things got too good!

Lower limits were pretty common. People could find solace talking about their money woes or loneliness. Friends would identify and consol them. After all, they could relate. But the upper limits were different. Can you imagine talking to a friend because you were uncomfortable because things were too well? It might be hard to find a sympathetic ear for things being too good!

Students in my workshop realized that by remaining within their personal comfort zones, they had constructed restrictive boundaries that demonstrated how they limited their happiness. For many of them, this was a major insight.

I am not saying this comfort feels good; it may not be pleasurable to the body; it may not be comfortable for the soul. But it can be comfortable for the mind because it is familiar and allows the mind to know, to have certainty, to be right. This is the ultimate objective of the ego-mind, to be right. Familiarity and stability are like warm fuzzy slippers to the ego-mind. Once our ego-minds have figured out something, they would just as soon things remain the same, even if painful or less than optimal for one’s spiritual growth or, in many cases, for one’s health. As a friend told me recently, sometimes “members simply decide to dance with the devil they know instead of with the angel they haven’t met yet.” Addicts tell us how their minds make choices that can be terribly unhealthy but familiar, where the outcome is known and the status quo is preserved – even if they know they are killing themselves!

Is there an area of your life around which you have placed limits like this? Is fear stopping you from experiencing maximum aliveness? Is there some part of your spiritual and emotional happiness you have sold out for your mental comfort with the familiar? If you wonder where the passion in your personal or professional life has gone, this could explain it.

The Long Now Foundation was established in 1996 to become the seed of a very long term cultural institution and hopes to provide counterpoint to today’s “faster/cheaper” mind set and promote “slower/better” thinking and to creatively foster responsibility in the framework of the next 10,000 years; founded by Stewart Brand; hosts monthly lectures in San Francisco; video archives available to members; John is a charter member.