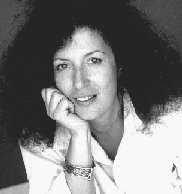 Getting to the Better Future

In 1991 I wrote my first book, Body and Soul: Profits and Principles. One of my goals in writing that book was to proselytize the values we had established at The Body Shop in the hope that one day the cosmetic industry would wake up and realize that the potential threat posed by our company was not so much economic as simply the threat of being a good example.

Business has developed a horrible reputation for itself. It has mystified me that the business world is apparently proud to be seen as hard and uncaring and detached from human values. How in the hell can anyone successfully run an enterprise these days without caring? How do business people keep their souls intact?

Today’s corporations have global responsibilities because their decisions affect world problems concerning economics, poverty, security, and the environment. Yet, while global business binds the planet in a common fate, there is no international code of practice, no agreement on mutual responsibilities. And so much could be done.

Business is a combination of human energy and money and to me that equals power. Business is the most powerful force in society today and it is that force that ought to be harnessed to effect social change.
In late 1990 I learned of a business newsletter published out of San Francisco. It was called The New Leaders and it dealt with important issues around the responsibility of business for the quality and survival of human life. Its goal was “to bring consciousness to business.” Through that publication I came to know the editor and publisher–John Renesch–and even wrote several articles for the publication in the mid-1990s.

I also wrote some chapters for a couple of the anthologies John put together–The New Entrepreneurs: Business Visionaries of the 21st Century (1994), which he compiled with Stanford Business School professor Michael Ray, and The New Bottom Line: Bringing Heart and Soul to Business (1996). I’m also a big fan of a 1995 anthology he compiled with Bill DeFoore entitled Rediscovering the Soul of Business: A Renaissance of Values, probably my favorite, and a book I’ve given away to many colleagues, employees, franchisees, and friends.

I’ve been an admirer of John’s work for nearly a decade now and appreciate his role in helping the business community own up to its responsibility as planetary citizens and custodians of life in general. Rather than merely throwing stones at the established status quo, he offers wisdom and opportunities for people in business to accept leadership and responsibility for a true social transformation, one that will prove to be immensely valuable for all the world’s citizens, including those of us in corporate life.

I was recently reminded of the Swedish word for business– “naringsliv”–which translates to “nourishment for life. ” This is hardly the way most people think of business these days.

Sadly, the business world seems to think of itself as quite the opposite since, for the most part, corporations exploit, manipulate, deceive, and evade in pursuit of greater profits–the all-important and all-consuming mission for most of them. I am still looking for the modern-day equivalent of those Quakers who ran successful businesses, made money because they offered honest products and treated their people decently, worked hard themselves, spent honestly, saved honestly, gave honest value for money, put back more that they took, and told no lies. This business creed, sadly, seems long forgotten.

A short, readable book, this new work by John concisely offers a vision for new possibilities for the future of the world, a vision in which business can and should play a pivotal role. The most dominant institutions in the world these days are the multinational corporations, who posses the awesome power to lead us down either of the two paths John puts forth in this book.

When I started The Body Shop, I had a great advantage. I had never been to business school. I didn’t know what I was supposed to do. I didn’t know the rules. I didn’t know the risks either. I just went my own merry way, working from my gut instinct. I honestly believe I would not have succeeded if I had been taught business.

I found that a bank manager is the last person to ask for business advice because he is only a “housekeeper” of money and he rarely “gets to grips” with an idea and how to promote and manage it. Unfortunately, in Britain the two are confused and so no one is nurturing new talent and bright ideas. In contrast to the U.S., we British don’t have the culture of enterprise. We have too much respect for “business” as perceived by “businessmen”–which translates to just money, or the banks–and there’s little willingness to put money into innovation.

The wonderful thing about The Body Shop is that we still don’t know the rules. We have a basic understanding that to run this business you don’t have to know anything. Skill is not the answer. Neither is money. What you need is optimism, humanism, enthusiasm, intuition, curiosity, love, humor, magic and fun, and that secret ingredient– euphoria.

In this book, John offers a vision of the future that embraces all of these qualities. His optimism knows no boundaries as we can expect many pleasant surprises, once we change our thinking about how the world needs to be.
He also points out what we are in for if we remain in our current mindsets, thinking as we have been for the last several decades, and merely sitting quietly and allowing things to continue. So while he conveys a vision that all of us can be uplifted by, he’s also defining what he calls a “choicepoint” for all of us – a time to make a collective choice about whether or not we wish to achieve our full potential as human beings. All it takes is changing our minds–the way we think about each other, our companies, the way we do business, and the rest of the world.

I recommend this concise book for any businessperson who wants to be part of creating a better future for us all and for anyone associated with any such individual. John has clearly defined the choice we now face as a species, a choice that may determine whether we become an endangered species or rise to a higher consciousness and accept a destiny we’ve never even dreamed of.